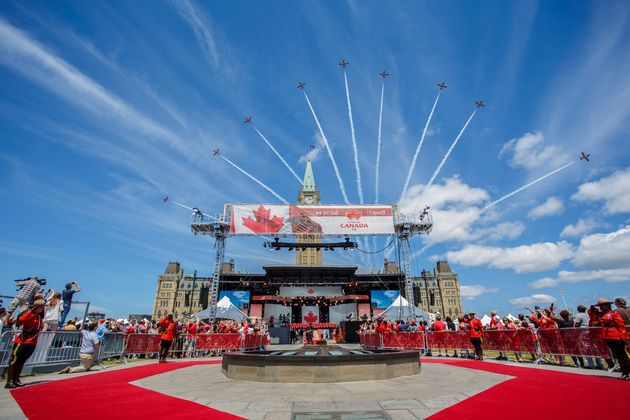 Canadians can’t continue to be bystanders on July 1, a day that celebrates colonization and genocide. That’s the message Tinthi Tembo, who co-founded BIPOC [Black, Indigenous, People of Colour] Creatives Association, wants to send this year on Canada Day.

Tembo, who runs an online news start-up, formed the group with a dancer and a DJ about two weeks ago. The Vancouver trio want to see changes in the arts industry, including facilities to support Black and Indigenous music and art production, more diverse programming, and an end to the appropriation of their cultures’ music for profit and to white supremacy in arts organizations.

They’re starting with a July 1 event called Culture Day, which will see over 30 Black and Indigenous artists play in a Vancouver park. 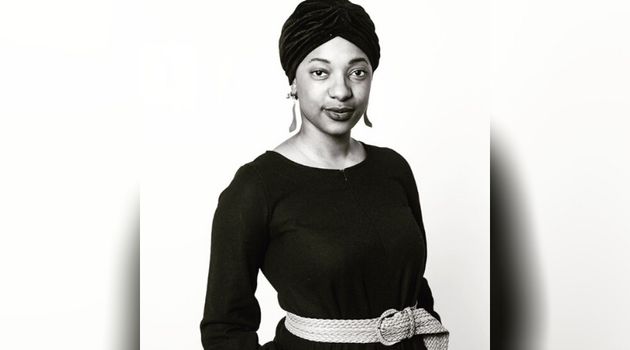 Across the country, other groups are also mobilizing to create “anti-Canada Day” events. While such campaigns aren’t new, they’re taking on more significance and urgency this year amid highly publicized police killings of Black and Indigenous people in Canada and the U.S.

Being in B.C. on the unceded ancestral lands of the Musqueam, Squamish and Tsleil-Waututh nations, Tembo notes, “The very fact that we’re guests on stolen land is the standpoint. That’s what’s important, because we are all guests, and it’s very harmful and damaging to have a day like Canada Day that represents a lot of a history that hasn’t fully been reconciled.”

“We can celebrate a country for many of the good things that we’ve done, but we can’t erase the history of settler colonialism [and] deeply entrenched white supremacy that continues to this day,” said Deranger, a member of the Athabasca Chipewyan First Nation. 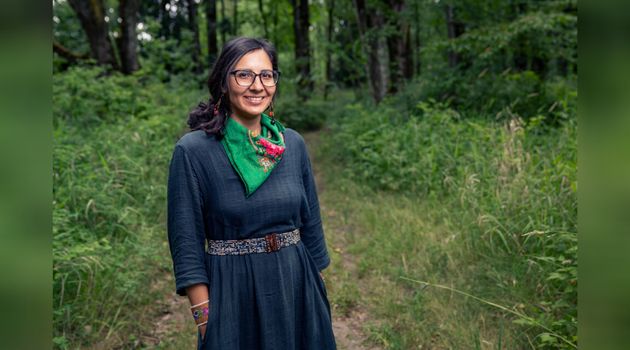 What history are we celebrating?

Cheryl Thompson, an assistant professor at Ryerson University’s School of Creative Industries, said most Canadians likely don’t think about what the country was like at the time of Confederation when they celebrate Canada Day.

“I think in the U.S. context, [Americans] can tell you what America was like in 1776. You go across the country and poll Canadians, ‘What was Canada like in 1867?’ they’d have no clue,” Thompson told HuffPost Canada. “I think we are very disconnected from our history, and that gets into questions of when you don’t know your history, what are you actually celebrating?”

July 1, 1867 was when the British North America Act “created” Canada. But Indigenous people have been in Canada for much longer, and endured continuing injustices by European and white settlers.

Before the 1980s when the Charter of Rights and Freedoms became law and the country adopted multiculturalism as a policy, Canada was “extremely white and British,” Thompson said.

Yes, Canada is a great country, but can we at least acknowledge that some of its greatness is built on the backs of people who are still being disenfranchised?Cheryl Thompson

Canada relied on the labour of Chinese people to build the transcontinental railroad and then implemented the Chinese head tax as a discriminatory way to prevent more people from emigrating from China.

Although Canada’s Jim Crow laws weren’t necessarily on the books in the same way they were in America, Black Canadians still experienced rampant racism, discrimination and segregation. Black people were enslaved for over 200 years, until it was outlawed in all of Canada in 1834.

Canada Day was called Dominion Day until 1982. In the 19th century, anyone who wasn’t British, Anglo-Saxon and Protestant was seen as a stain on the country, Thompson said. She also notes that Victoria Day used to be called Empire Day, also owing to Canada’s British roots.

“We have a lot of these previously named holidays that we celebrate, but they’re really tied into histories, and at least a time in Canada’s history that is really racist and really exclusionary,” Thompson said. 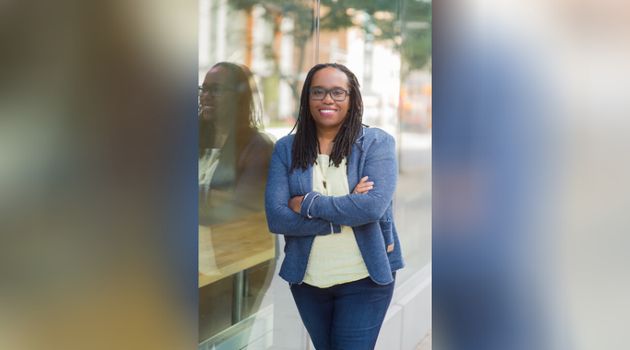 She added that critiquing Canada’s racist history doesn’t have to be mutually exclusive from being proud to be Canadian.

She points to the present-day example of Black and brown migrant workers working on Canadian farms during the pandemic — risking contracting COVID-19 amid dangerous conditions while holding only temporary status in the country.

“Let’s have that discussion so we at least understand that the same thing we’re heralding as wonderful is a result of people who otherwise don’t get much respect in our country,” Thompson said.

Educator and community activist El Jones is part of what she describes as a loose coalition that’s been organizing since the May death of Regis Korchinski-Paquet, an Afro-Indigenous woman who fell from a balcony in Toronto with police at the scene.

Creating an event on Canada Day was a natural fit within this “moment of protest,” Jones told HuffPost.

Mi’kmaq women will lead the July 1 events in Halifax, N.S., called No Justice On Stolen Land. The afternoon will feature interactive workshops that cover treaties, policing, the history of the RCMP, and missing and murdered Indigenous women and girls. 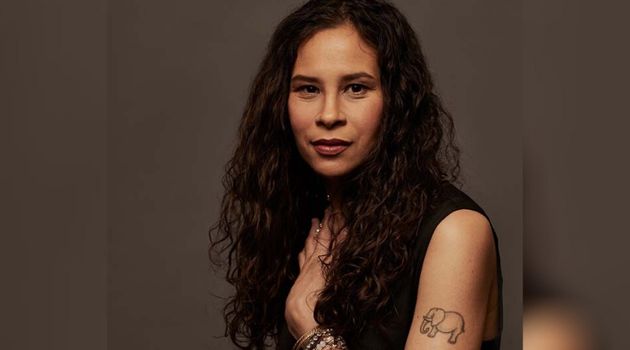 Organizers want participants to rethink their perceptions of Canada and how current issues and the people they impact are interconnected.

“We can’t talk about policing and healing communities and returning money to communities if we’re not also talking about where those resources and lands and money that we’re talking about in the first place come from,” Jones said. “It’s from extraction from Indigenous wealth.”

Jayce Chiblow remembers Canada Day events as she grew up that seemed to ignore the country’s history. With more conversations about anti-Black and Indigenous racism now, she sees July 1 as a great opportunity to raise awareness of that history.

Chiblow is the community engagement lead for ICA, which is hosting “Anti-Canada Day with ICA.” The online event will feature community organizers and researchers talking about their work to empower Indigenous people and dismantle oppressive systems in Canada.

“Having these kinds of events where non-Indigenous people can learn from Indigenous people firsthand and their opinions on these things is very, very important,” said Chiblow, who is Anishinaabe from Garden River First Nation. “I think that’s how we can move forward together and recognize that Canada was built on Indigenous lands,” she said. 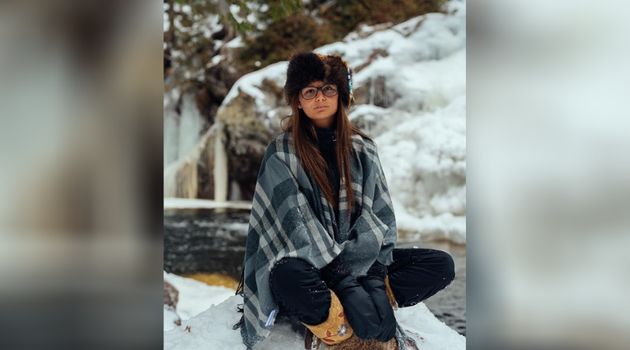 There are also other virtual and in-person events on July 1. Idle No More is hosting a “Cancel Canada Day” march in Vancouver with Indigenous artists and leaders.

But efforts to learn about Canada’s full history shouldn’t fall solely on Indigenous people to retraumatize themselves by educating others, said Chiblow. Reading materials can be easily found online — the ICA has resources on its website — and people can attend events and demonstrations.The most important step after learning is to take action, she said, by financially supporting the work of groups organizing around these issues or by helping to organize events.

“Take the time to teach yourself and learn about the histories, but then [consider] what can you do to help stop the continuous oppression of Indigenous people and people of colour in general, of minorities in general,” she said.

Meanwhile In Canada, We Don't Want To Face Up To Our Own Racism

Canadian Black And Anti-Racist Groups You Can Support Now