Canada's Budget Deficit Has Grown By More Than Any Other G20 Country Amid Pandemic: NBF 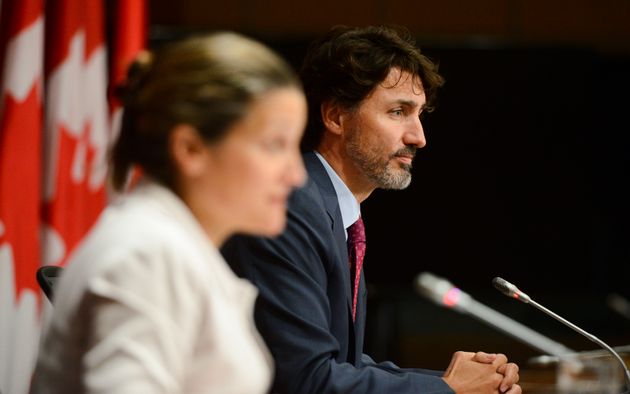 Canada’s government deficit has ballooned by the most of any major country during the COVID-19 pandemic by a wide margin ― but in the short run at least, that might be a good thing, a new report says.

Canada’s deficit this year will amount to nearly one-fifth (19.6 per cent) of the country’s economic output, according to an analysis at National Bank of Canada. That’s well ahead of the second-place United Kingdom, which is on track for a deficit equal to 14.6 per cent of its economy. 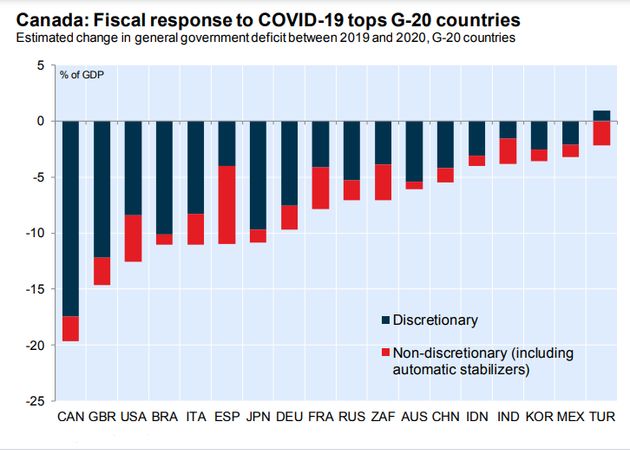 The federal government’s deficit is headed for $330 billion this fiscal year, the Parliamentary Budget Office says.

“Put more positively, this also implies that no other country has provided as much fiscal support for the economic recovery as Canada has,” NBF economists Warren Lovely, Taylor Schleich and Jocelyn Paquet wrote in a report this week.

“We’re already seeing some benefits here. The recovery in Canada’s labour market by nearly all measurements has been much stronger than in the U.S., where fiscal uncertainty and inaction has provided a headwind in recent months.”

The economists noted that Canada entered the pandemic with a lower-than-average government debt burden for a developed country, and “even allowing for this year’s outsized shortfall, the IMF puts Canada’s general government net debt burden at less than 50 per cent — easily the best among G7 nations,” they wrote.

“This appears to be something of the key yardstick for the minority Liberals, who have pledged to preserve a debt edge versus other large, industrialized nations.”

Still, they noted, if you add household and business debt, Canada as a whole has one of the heaviest debt burdens in the G20, behind only Japan and France.

Recent polls have suggested Canadians are growing worried about the country’s outsized deficit, but don’t want the government to pull back on spending just yet.

A poll from Maru/Blue, released this week, found that 67 per cent of respondents want the government to “focus on reducing spending because the deficit is growing too much.” However, a majority ― 57 per cent ― agreed that “it’s not time yet to reign in spending.”