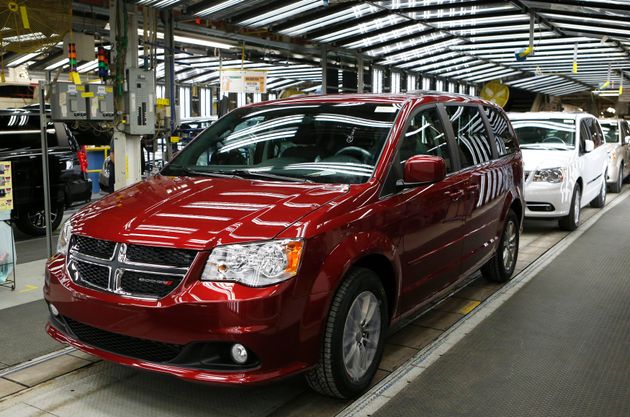 TORONTO ― Unifor has reached a tentative agreement for 9,000 workers at Fiat Chrysler Automobiles in Canada, a deal the union says could see the automaker invest $1.5 billion and add 2,000 jobs.

Unifor national president Jerry Dias said Thursday the 11th-hour deal was hammered out “moments before midnight″ Wednesday, averting a strike at six plants across the country.

The three-year collective agreement must now be voted on and approved by workers.

It’s the second of the three Detroit-based automaker negotiations in 2020 for Canada’s largest private sector union.

Unifor members working at Ford Motor Company of Canada, Ltd. voted in favour of a new three-year deal last month in a deal that created a template for talks with the other automakers. Negotiations with General Motors of Canada Co. are up next.

Dias called the tentative deal with Fiat Chrysler “probably about the best economic agreement we’ve put together in 20 to 25 years,″ noting that it includes a significant signing bonus, wage increases and a return of shift premiums.

One of the highlights of the deal is the automobile manufacturer’s plans to invest up to $1.5 billion at the Windsor, Ont., assembly plant.

Dias said the southern Ontario factory will have two platforms, one for the Pacifica and Voyager minivans and a new platform set to launch in 2024 with at least one plug-in hybrid or battery-powered electric vehicle.

“This platform will have the ability to build multiple vehicles,″ he said, adding that it can “turn on a dime based on consumer demands.″

A portion of the bill for building the new platform is expected to be footed by the federal and provincial governments.

“The lion’s share of (the investment) will be coming from Fiat Chrysler,″ Dias said. “But there’s no question there are conversations happening with both levels of government to invest in the $1.5 billion.”

He said the headcount at Fiat Chrysler will grow by nearly 2,000 as a result of the new platform, with workers starting to come on board in 2023.

The investment will bring back a third shift that was cut this summer, eliminating 1,500 positions, Dias said. After restructuring and retirement incentives, about 425 workers were laid off.

The tentative deal also offers something for workers in the automaker’s casting plant in Etobicoke, Ont., which has seen its numbers drop to fewer than 200 workers from about 500 in 2016.

Dias said there are three new products in the works, which are expected to lead to the recall of more than 100 workers.

Dias said a different “derivative″ or “top hat″ of its vehicles will be made in Brampton every year of the three-year agreement.

Altogether, the deal comes with a total of $1.42 billion to $1.57 billion in new investments, he said.

The details of the tentative agreement will be presented to Unifor members during a series of virtual ratification meetings over the weekend.

Members will vote on whether to accept the agreement over a 24-hour period, starting Sunday morning.

The deal with Ford included plans to produce electric vehicle batteries, alongside investments from both the federal and Ontario governments.

This report by The Canadian Press was first published Oct. 15, 2020.