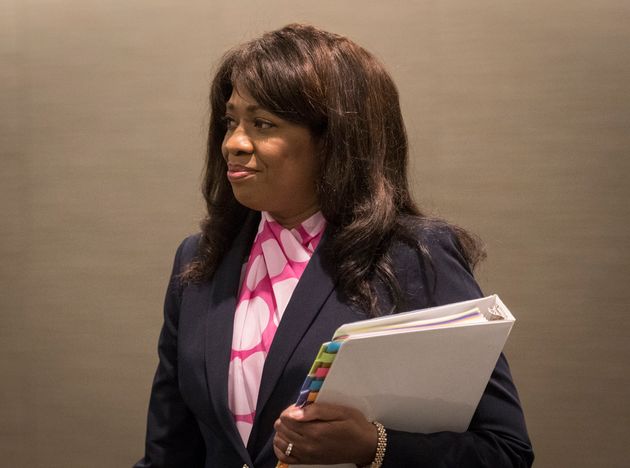 OTTAWA — The Toronto lawyer who finished third in the federal Conservative leadership race says she’ll seek election as an MP in a rural Ontario riding.

Finley announced in August that she won’t run in the next election and she has given Lewis her support.

“Not only has she proven with each conversation that she is knowledgeable about the issues that matter most to our community, but the way that she connects with people makes me confident that she would represent us incredibly well,” Finley said in a statement circulated by the Lewis campaign.

Lewis, who lives just outside Toronto, has never held elected office but pledged during the leadership race she’d seek a seat even if she lost.

Her leadership campaign had early support thanks to her socially conservative policies, but in the final weeks she considerably broadened her base.

Lewis finished third behind Peter MacKay and winner Erin O’Toole, but before she dropped off the ballot she had won more members’ votes than either of them. The Conservatives’ process weighted the results by ridings, however, putting the other two candidates ahead of her.

Finley has already been touring Lewis around the rural southern Ontario riding, but her endorsement will carry weight beyond its boundaries.

Finley and her husband Doug were influential cogs in the Conservative machine for years. Doug ran successful national election campaigns for the party and Diane was involved in helping run the recent leadership race for the party as well.

Doug Finley became a senator in 2009. While she was in government, Diane Finley held a number of cabinet portfolios.

Before Lewis can run to replace her, she must win the party’s nomination for the riding. With Finley’s backing, it is unlikely — though possible — she will be challenged.

Thank you to the residents of Haldimand-Norfolk in making me your number 1 choice in the Leadership race. I’m pleased to announce today that I am seeking the Conservative nomination in Haldimand-Norfolk.
Full statement: https://t.co/NP4si6YN1z

O’Toole did promise the party would have “free and open” nominations during the leadership race as part of a pledge to give the grassroots more of a say in party operations.

Lewis is expected to roll out several more endorsements of her bid for the seat in the coming days, and said in a statement she intends to win it using the same approach as in her leadership bid.

“To me, if you want to get things done and do them well, you need courage, compassion and common sense,” she said.

“This has always been my motto, whether it’s fighting injustice or raising my family, that’s what I will bring to the table as the Conservative candidate for Haldimand-Norfolk.”

This report by The Canadian Press was first published Sept. 15, 2020.