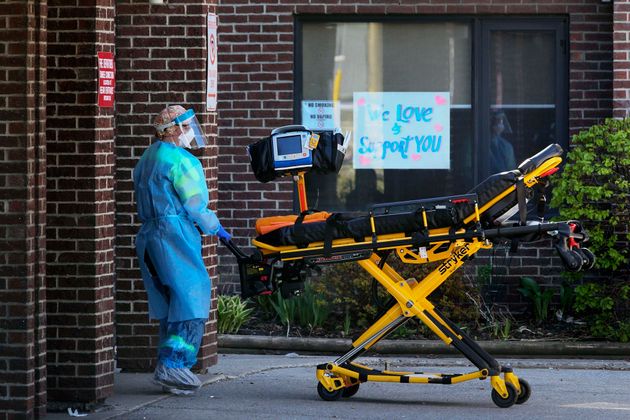 Long-term care homes in Ontario are dealing with severe staffing shortages and may not be ready to deal with a potential second wave of the pandemic, an independent commission has heard.

A dearth of staff was one of the main reasons COVID-19 devastated nursing homes in the spring, the Ontario Long-Term Care Association told an independent commission investigating how the novel virus spread in the long-term care system.

“We still have an acute staffing shortage,” said Donna Duncan, the CEO of the association that represents 70 per cent of long-term care homes in the province.

The Long-Term Care COVID-19 Commission’s inquiry isn’t open to the public, but transcripts of testimony are posted online days later.

“Are we ready?” Duncan asked during her testimony last month in response to a question from a commissioner about the second wave of COVID-19 that has now gripped the country.

“We’re concerned that we’re not,” she said. “But we have to get on a better path to readiness.”

Duncan said the organization warned the government as recently as mid-September about the sector’s preparedness for the spike in COVID-19 cases.

Nearly 1,900 people in long-term care have died from COVID-19 since the pandemic began. And there are currently outbreaks in 71 long-term care homes, according to provincial data.

Duncan told the commission that about half of those deaths occurred before April 15, when the province finally launched its action plan to deal with the catastrophic outbreaks in long-term care homes.

“It was only when the hospitals were clearly very stabilized and it was clear that Ontario wasn’t going to have the hospital surge, that’s when we were able to get our support,” Duncan said.

She echoed what long-term care physicians told the commission: the nursing homes suffered a major shortage of personal protective equipment because the government had redirected much of it to the hospitals.

Personal support workers and nurses remained home for a variety of reasons that included having contracted Covid-19, profound fear of catching the disease, lack of personal protective equipment to wear while at work, she said.

“We saw homes in dire need of staff,” Duncan said.

“In the most tragic situations where we saw those untold losses, staff, in some cases, had been reduced to 20 per cent of their compliment.”

‘A bit of a perfect storm’

Little has been achieved to address the staffing shortage, Duncan said.

More than half of the province’s 625 homes have had COVID-19 outbreaks, she said.

Deaths have occurred in only 16 per cent of the homes, she said, and half of all deaths occurred in just 23 homes across the province.

The association’s own analysis showed the deaths occurred largely in older homes with three- and four-bedroom wards and severe staff shortages that were located in COVID-19 hot spots — and they came before the province announced their action plan in mid-April.

“It was a bit of a perfect storm,” Duncan said. “And then there was no new staff to come in.”

The province’s action plan included redirecting personal protective equipment to the homes, mass testing, and, most importantly, staffing help from hospitals and the military.

But it took a while to get the protective equipment and when the province was finally able to provide it, some of it was expired, said Ruth McFarlane, the vice-chair of the board of directors.

Homes then had to sign a waiver releasing the province from any risk for providing the equipment.

“It became a trust exercise,” she said.

Duncan said other factors that contributed to the staffing problems included the federal government’s Canada Emergency Response Benefit, which discouraged some workers from returning to their jobs, and a directive from the province to have staff work at only one site.

“Clearly, hospitals were the favourite employer because their compensation was better,” she said.

Duncan said the government and the long-term care homes must act fast and work together as partners.

The homes are also working with colleges and various organizations in an effort to address the staffing shortage, she said.

“Can we tap into a new workforce? You know, people from the accommodation and hospitality industries have, unfortunately, lost their jobs,” she said.

They have discussed the idea of training new recruits to become personal support workers while working in the homes, she said.

“We could train a workforce pretty quickly,” Duncan said.

The independent commission, led by the Superior Court’s associate chief justice Frank Marrocco, is being held under the Health Protection and Promotion Act and is expected to deliver recommendations by next spring.

This report by The Canadian Press was first published Oct. 16, 2020.