Trudeau Teases New Benefits For Canadians As CERB Winds Down 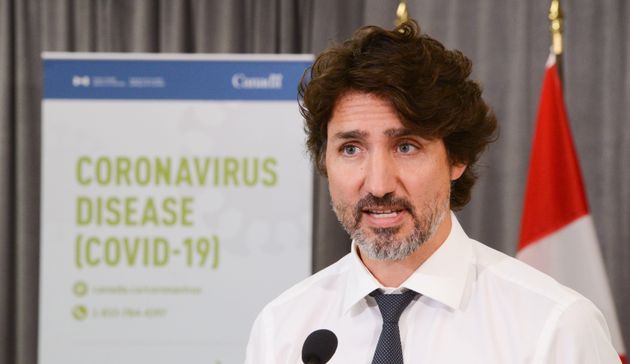 OTTAWA — Prime Minister Justin Trudeau says a series of new benefits will be available to Canadians as the Canada Emergency Response Benefit (CERB) winds down.

Trudeau confirmed the end of the popular COVID-19 emergency program Friday, saying the employment insurance system should cover every Canadian looking for work.

“Our goal is to transition everyone on the CERB to employment insurance,” he told reporters in Ottawa following a meeting with Public Health Agency of Canada employees.

The new program will include access to training and flexibility to work more hours while receiving the benefit, he said.

A sickness and caregivers’ benefit will also be available to Canadians if they are not covered by their employers if they contract COVID-19 or if they have to take time off work to care for children or parents who may get the disease.

Watch: Crisis Management on ‘Too much CERB, not enough CEWS.’ Story continues below video.

“Here’s the bottom line: we intend to cover every Canadian who is looking for work with a better, 21st century EI system. That is our goal,” Trudeau said. “And, of course, there will be no increase to EI premiums during this challenging time.”

He promised more details about the new benefits before the end of August.

Employment insurance claims hit a record high in mid-March at the onset of the pandemic with nearly one million applications flooding the system.

The CERB was launched at near-breakneck speed to triage claims to prevent the EI system from being overwhelmed. The emergency benefit is administered by Service Canada and the Canada Revenue Agency.

It offered immediate income support, a $2,000 taxable benefit every month, to Canadians who had been laid off or had their work hours reduced due to the pandemic. Recipients can earn up to $1,000 in income while on the CERB.

Not everyone has been a fan of the emergency program. 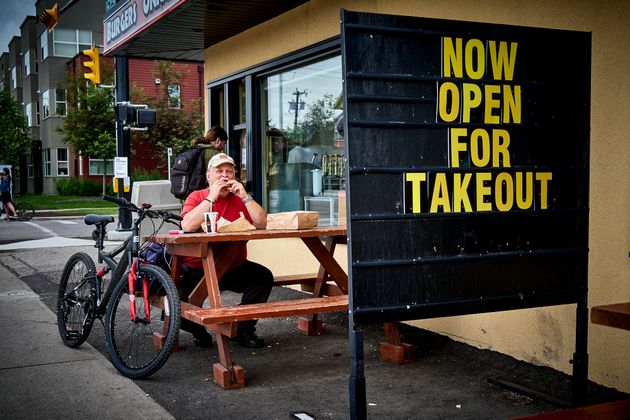 Members of the opposition have been critical of its rules, calling the $1,000 limit too harsh during a pandemic and a potential disincentive for workers to return as provinces reopen their economies.

“Canadians want to work but they are understandably concerned about their financial security,” Conservative Leader Andrew Scheer said last month.

Promoting the idea of a “back to work bonus,” Scheer said the proposal would “give workers the support they need to transition back into the workforce and ensure local businesses are able to fill shifts.”

Some who received social assistance prior to the pandemic also found themselves shut out of being eligible for the CERB.

One disability advocate told HuffPost Canada’s politics podcast “Follow-Up” that the double standard is an example of ableism.

As of July 26, more than $62.75 billion has been paid out to Canadians through the CERB through 8.46 million unique applications.

After an initial extension from 16 to 24 weeks, Ottawa had signalled the CERB would not be extended into the fall.

Finance Minister Bill Morneau said during a financial update earlier this month that more attention would be put on improving the federal wage subsidy to incentivize employees to hire back their employees as provinces and territories began rolling out reopening plans.

If You Got CERB, Here's What You Need To Know For Your Taxes

Is CERB Killing The Recovery? The Arguments For And Against