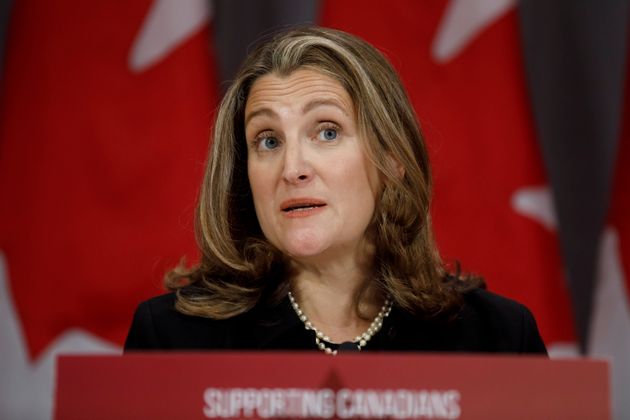 Two hours before Canada was set to announce how it would retaliate against the controversial U.S. aluminum tariff, President Donald Trump’s administration reversed course.

It will once again allow Canadian raw aluminum to be imported into the U.S. duty free, the Office of the United States Trade Representative said in a statement Tuesday. It had imposed a 10 per cent tariff Sept. 1, incorrectly claiming Canadian producers were flooding the American market and posing a threat to national security.

The office said it changed its mind “after consultations with the Canadian government,” determining that while there was a “surge” in aluminium imports earlier this year, levels are expected to normalize in the coming months.

If Canada exceeds set monthly volumes of between 70,000 and 83,000 tons, the U.S. may reimpose the tariff, the statement said.

“To be a strong nation, America must be a manufacturing nation and not be led by a bunch of fools. That means protecting our national industrial base,” Trump said.

In reality, Canadian exports to the U.S. were five per cent lower in the first half of 2020 then the same period of 2017, said the Aluminum Association of Canada in a statement. The industry was playing catch up from previous tariffs and the impact of the pandemic on the economy.

He swings wildly at any shiny ball he can find.Greg Anderson, University of Alberta

This data was backed up by the U.S.’s own Aluminium Association, and the world’s largest aluminum companies. “Efforts to ‘Blame Canada’ miss the mark,” said Tom Dobbins, president and CEO of the association, in a statement. “Imports of primary aluminium from Canada today are consistent with long-term trends pre-dating the imposition of (tariffs).”

In response to Trump, Freeland said she hoped economic logic and common sense would prevail.

The “goofy” raw aluminum tariff is in line with some of Trump’s other economic policies, said University of Alberta Prof. Greg Anderson, an expert on North America’s political economy.

“He swings wildly at any shiny ball he can find,” Anderson said, pointing to the example of TikTok. 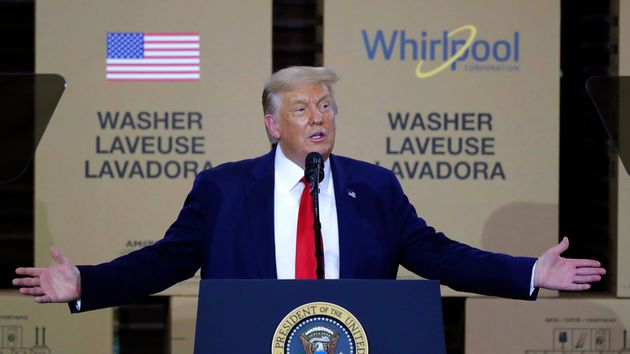 A few days before Trump announced the aluminum tariffs, he threatened to shut down the Chinese-owned social media app because of “security” concerns. He then said he would allow an American company to acquire the app, but expected a “substantial” cut of the deal.

“The only reason that it’s an issue is because it caught his radar,” Anderson said. “There are many, many things that are kind of the same and so they come across his desk and he becomes infatuated with his power over them.”

In 2018, Trump enacted the same tariff on aluminum, plus a 25 per cent tariff on Canadian steel. At the time, he said he needed to protect his country’s national security by limiting dependence on Canadian steel and aluminum suppliers. Canada is the largest source of aluminum imported by the United States.

The impact of those tariffs, which ended mid-2019, was “noteworthy,” reported Statistics Canada. Aluminum exports to the U.S. fell by more than half, reaching their lowest level in more than 10 years.

One manufacturing company in Sault Ste. Marie, Ont. laid off 40 mill workers because of both the steel and aluminum tariffs.

U.S. automaker General Motors also announced it would stop production at a number of plants, including in Oshawa, because of higher costs due, in part, to tariffs, and a decrease in demand for its cars. GM followed through with the plan, laying off thousands of Canadian workers in 2019.

A month after the tariffs were lifted, Canada’s aluminum exports to the U.S. shot up nearly 50 per cent, Statistics Canada said. A year later, the industry has almost recovered to pre-tariff levels.

This time around, Trump faced significant pushback from producers and the Canadian government.

“In the time of a global pandemic and an economic crisis, the last thing Canadian and American workers need is new tariffs that will raise costs for manufacturers and consumers, impede the free flow of trade, and hurt provincial and state economies,” Freeland said in a statement in August. 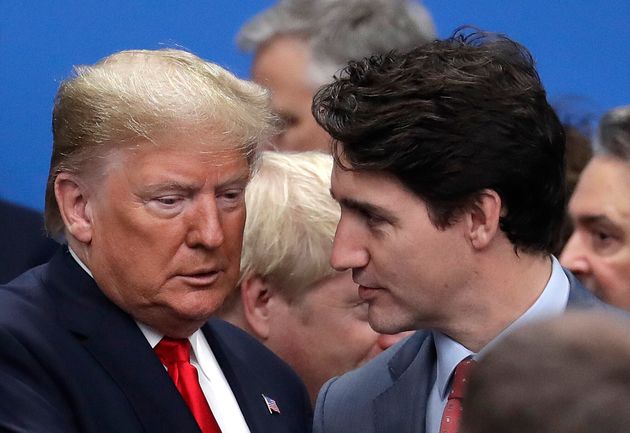 The pandemic has pushed aluminum prices and demand lower than in 2018 and 2019, which means Canadian producers have less room to absorb a 10 per cent tariff, said Unifor national president Jerry Diaz in an op-ed earlier this summer.

“In all likelihood, a significant number of smelters in Canada will be forced to shut their doors and hundreds, if not thousands, of Canadian workers will be forced into unemployment,” Diaz wrote in the National Post.

Americans, not Canadians, would’ve been most impacted by the tariffs, Aluminum Association of Canada President and CEO Jean Simard told HuffPost. Out of necessity, American manufacturers would continue to rely on Canada for a large chunk of their aluminum supply, and would pass on the increased cost from tariffs to consumers.

Forty-three per cent of aluminium used by American companies comes from Canada. The rest comes from countries like China and Russia, said Simard. The U.S. produces only about one-sixth of its aluminum demand.

“We have a decades-long existing integrated supply chain relationship with the U.S. Our logistics are far more efficient than anywhere else in the world and we are a stable, reliable supplier,” he said.