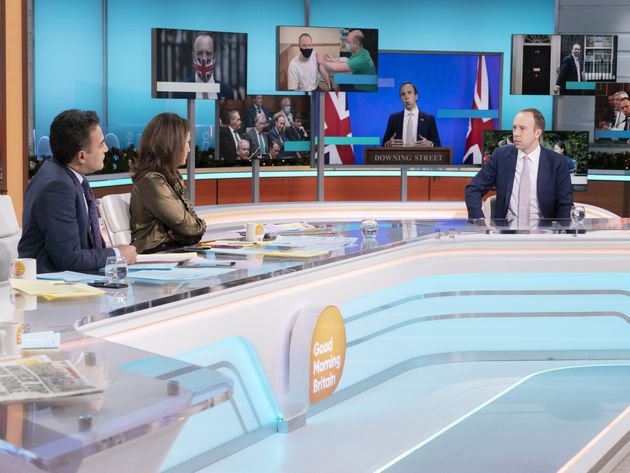 Good Morning Britain presenter Adil Ray has been applauded on social media for his line of questioning to Matt Hancock over the alleged Christmas party that took place at Downing Street when the country was supposed to have been on lockdown.

On Tuesday night, footage surfaced online of senior staffers joking on camera about “a Downing Street Christmas party on Friday night” involving “cheese and wine” and “definitely no social distancing”.

In the wake of the clip being made public, several cabinet ministers were reported to have pulled out of TV interviews on Wednesday morning, while Matt Hancock – who was still serving as health secretary at the time of the supposed Christmas gathering – put in an appearance on Good Morning Britain.

During the interview, he received a grilling from guest host Adil Ray and regular presenter Susanna Reid.

“I’ve read the papers but I don’t know anything else about it,” Hancock said early in the interview. “I wasn’t invited. I wasn’t there. I don’t think anybody is saying…”

When Hancock responded that he “only found out about it late last night, and I got up pretty early this morning”, Adil then told the MP: “If I was in your position, coming onto this show, surely you would ask? Have you not asked anybody?”

“I’ve seen what’s in the newspapers,” Hancock explained. “But I don’t think anybody is saying the prime minister was at this party.” 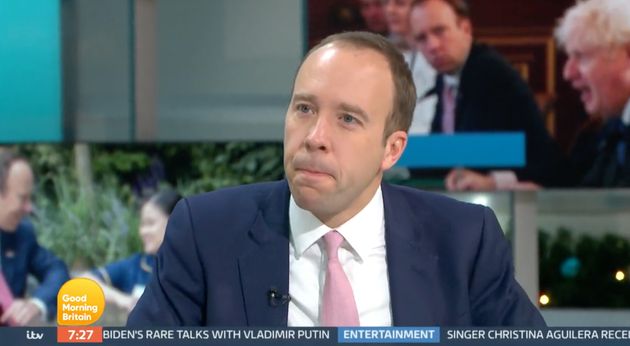 The Lingo host then said: “You lost your job because of breaking the rules, which was probably the right thing to happen at the time. So do you not think… if anybody has broken the rules that they should lose their jobs too?”

Hancock replied: “Well that’s one of these questions that starts with ‘if’. And that shows that we just don’t know.”

“Are you really saying, even after that Allegra Stratton video, that we ‘don’t know’ there was a party?” Adil questioned. “How are you reading that? Because you’re reading it very differently to the rest of the nation.

“You’re saying [in the video] they just came out with a hypothetical question – ‘what if there was a Christmas party?’. You think they just made all that up?”

'You lost your job because of breaking the rules so do you not think if anybody has broken the rules that they should lose their jobs too?' - @adilray@MattHancock says 'we just don't know' what happened and if the alleged Christmas party on Downing Street happened. pic.twitter.com/t8Dr7ZfSsd

Hancock told the pair: “One of the things that I’ve learned, especially being health secretary during the pandemic, is that you need to get to the bottom of the facts. And as I say, I don’t know those facts. And I have that… we’ve seen what the prime minister has said about it.

“I wish I could help you more… but I can’t. Because I wasn’t there. The prime minister wasn’t there, as far as we understand, if there was a party.”

Susanna then brought up Hancock’s exit from his role as health secretary over the summer, asking: “Do you not feel it would be unjust that you lost your job for breaking the rules, and other people were not held accountable in the same way?” 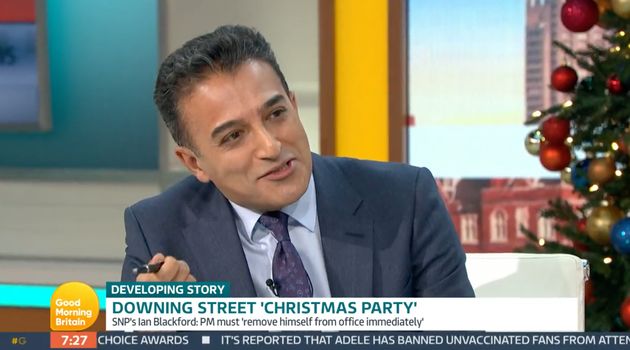 Adil then said: “I’m sat here thinking about the 140,000 people who lost relatives. 691 people died on that day they were having the party. We’re doing it for them.

“We’re doing it for those people that couldn’t hold the hands of their family members, or couldn’t attend funerals. They deserve answers. I know it’s OK for you to say you don’t know…”

“But you were the health secretary in charge at the time,” Susanna then added.

Hancock insisted: “I was the health secretary working in a different part of Whitehall. I just don’t have anything else to add.”

After the interview aired, Adil received a wave of praise on social media for continuing to put difficult questions to the former health secretary:

I love how @adilray stays on their necks. Is he the permanent cohost now? He should be https://t.co/btz1Fz38p9