Here’s How Coronavirus Curfews Will Work 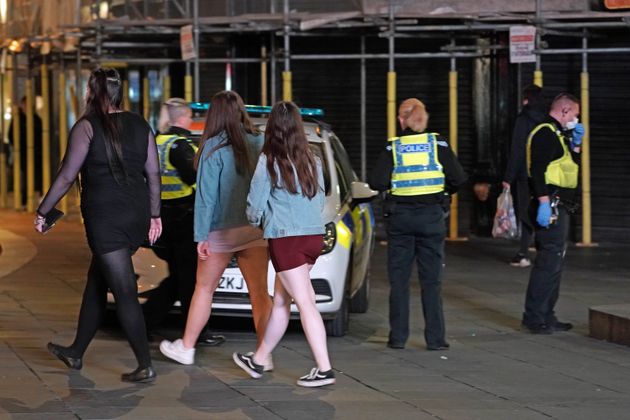 More than two million people in the north-east of England will now face curfews, banning certain activities after 10pm in an attempt to reduce Covid-19 transmutations.

People in Northumberland, North Tyneside, South Tyneside, Newcastle-upon-Tyne, Gateshead, Sunderland and County Durham will have to stick to the rules  from midnight Thursday night/Friday morning.

The curfew is one of several restrictions put in place amid “concerning rates of infection,” said Matt Hancock on Thursday. Socialising with people  outside of your household or social bubble is also banned, while restaurants, pubs and bars will be table service only.

The announcement comes after a local curfew was implemented in Bolton, in an attempt to suppress a local outbreak.

Meanwhile, Rhondda Cynon Taf in Wales will go into lockdown from 6pm on Thursday, where residents will face slightly different restrictions, but a curfew nonetheless.

The idea of a curfew is alien to many of us – probably something we’ve not considered since our teenage years. Understandably, it’s prompted lot of questions: the big one being whether or not a curfew will even make a difference.

One of the measures to be introduced in parts of the North East on Friday will include a 10pm curfew on pubs, restaurants and licensed venues.

Do the government think covid is only active after 10pm?

Or is this money before people again?#northeastlockdown

To help us all get our heads around the situation, whether you’re in a curfew area, or wondering whether your hometown will be next, here’s what you need to know:

How will life change under the curfew?

Under curfew laws in the north-east of England, entertainment and leisure venues will be forced to shut from 10pm to 5am.

In Rhondda Cynon Taf, residents will face a slightly later curfew, as all licensed pubs, bars and restaurants are being told to shut by 11pm.

So, can I still go to other people’s houses after 10pm?

No. Curfews specifically apply to certain businesses, but areas facing local lockdowns are subject to other restrictions, meaning you can’t just bundle into a mate’s house come 10.05pm.

For example, in the north-east you can no longer socialise with other people outside of your own households or support bubble, whatever the time of day. Similar restrictions are in place in other areas subject to local lockdown measures, so check the rules where you are. 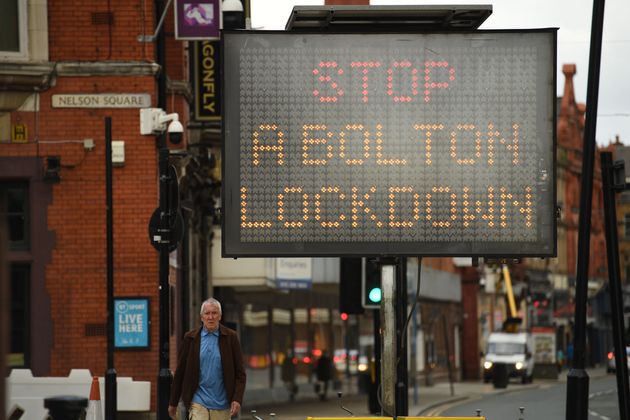 Okay, but what happens if I’m walking home after 10pm?

Don’t worry, you won’t be arrested on the spot or turn into a pumpkin once the clock strikes 10pm. If you’re walking home – while maintaining other social distancing rules – that’s fine.

You can also be out and about at night if you work night shifts, for example, or you’re heading to the supermarket for some late night shopping.

Details are still emerging about what the new curfews will look like, but if they follow the same rules as the Bolton curfew, places including laundrettes, newsagents, pharmacies and more were permitted to stay open past 10pm.

But will it actually make a difference?

The virus doesn’t gain super transmission powers post 10pm – and the jury is out on whether this will actually help curb the current rise in cases.

“I imagine it’s a performative effect, where the government want to demonstrate that they are doing something – but don’t want to shut pubs as the economic impact would be significant for the hospitality industry,” Dr Clare Wenham, assistant professor of Global Health Policy at the London School of Economics and Political Science (LSE), tells HuffPost UK. “Plus it could be politically bad to shut pubs, as everyone loves them.”

Dr Nilu Ahmed, a lecturer in Social Sciences at the University of Bristol, believes a curfew may be effective, though, as it’ll change our behaviour.

“I think they’re necessary for a start because we know that we’ve got to restrict people interacting. As people drink more and as people get past that point, usually after about 10pm, that social distancing goes out of the window,” she tells HuffPost UK.

“Even if you’re not a drinker or you’re a mild drinker, it’s about getting too comfortable. As soon as you’re back in that familiar space, you start to go back to our old habits.”

“Anxiety levels and depression have soared under lockdown, we have a real issues with people’s mental health now, so I do think opening up those venues and loosening restrictions was necessary for that –  not just for the economy, as some people have been saying,” she says.

The news of a curfew and increased restrictions may be “terrifying” for some people, she adds.

“I think we’re slightly more used to it, having had the massive lockdown we had in springtime. But this curfew coming in again might be reminding people of  that feeling – and that’s another terrifying element, people thinking: ‘I don’t want to go back there,’” she explains.

If you’re finding the latest news difficult, Dr Ahmed recommends reminding yourself of how this is not the same as the first lockdown. Our guide on dealing with lockdown déjà vu may also help.

Will there be a nationwide curfew?

Unfortunately, we just don’t know yet – but there’s certainly the possibility that curfews will be implemented in other parts of the UK, too.

Professor Kevin Fenton, London director of Public Health England, suggested a curfew in the capital might be on the cards.

“In some areas which have seen resurgence there have been limits placed on the amount of time you can spend socialising. In some it might be local curfews so you’re not out drinking until the wee hours of the morning,” he told the Evening Standard.

“By limiting that you also limit the amount of time people are spending in close contact with others.”