If You're Going To Clean Out Your Ears, Here's How To Do It Right 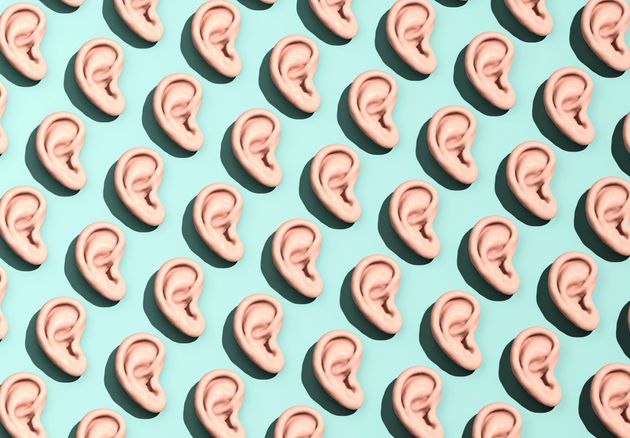 Your ears naturally clean themselves.

Our bodies produce all kinds of substances, and people have different tolerance levels for them.

One that can be really bothersome is earwax. But believe it or not, this substance actually serves a purpose – and you need to be careful when it comes to removing it.

Below, experts break down what you need to know about dealing with earwax and cleaning out your ears.

First of all, you probably don’t need to clean out your ears

“Most people do not need to remove their ear wax,” says Dr. Erich P. Voigt, an associate professor in Otolaryngology-Head & Neck Surgery at NYU Grossman School of Medicine. “It is a protective coating of the ear canal. It is a waterproofing agent and has anti-microbial properties. It helps prevent outer ear infections.”

In addition to protecting your ears from water damage and infection, earwax also lubricates the ears, preventing the area from feeling dry and itchy. And like other parts of the body, ears are “self-cleaning,” so you don’t really need to wash the inside area.

“Think from an evolutionary standpoint,” says Dr. Lawrence R. Lustig, chair of the Department of Otolaryngology-Head & Neck Surgery at Columbia University Vagelos College of Physicians and Surgeons. “If Mother Nature designed an ear that had to be cleaned, that would be a poor design. We didn’t have ear cleaners 500,000 years ago.”

He described the system as a “conveyer belt of skin.”

“Earwax is a combination of skin and oil,” Lustig says. “Skin migrates out from the eardrum to the outside of the ear canal, and as those migrating dead skin cells mix with the oil glands of the ear canal on the way out, that’s where you get earwax.”

Some people have a migration problem, produce too much wax or wax of an abnormal consistency. They might be prone to wax infections and require medical intervention to remove their earwax, which can block the ear and impair hearing. But for most of us, the wax clears out naturally as we go about our daily lives.

“The body has a system for creating wax and pushing it out,” says Dr. Bradley B. Block, an otolaryngologist-head and neck surgeon and host of the Physician’s Guide to Doctoring podcast. “As you chew and talk, the ear canal skin moves, and this pushes the wax out. Interfering with this system can lead to wax getting pushed in and accumulating, clogging the ear canal, so cleaning the ears can have the paradoxical effect of clogging the ear.”

But if you insist on doing it, don’t use cotton buds

When you ask people what cotton buds (or Q-tips) are meant for, their answers will likely include cleaning out earwax. This practice has become so commonplace that Kevin James’ character in Hitch has a dance move that mimics cleaning out the ears with a Q-tip.

But pop culture fans might also remember that brutal scene from Girls when Hannah inserts a Q-tip too far into her ear and accidentally punctures her eardrum. The packaging for Q-tip products today even contains a clear warning: “Do not insert inside the ear canal.”

Indeed, cotton buds can scratch the ear canal and cause bleeding or even lead to ear drum damage. Bottom line: cleaning out your ears with them is not a good idea.

“Think about diameter of ear canal and diameter of Q-tips,” Lustig says. “If you can’t see what you’re doing, you can end up sort of packing all that wax in with a Q-tips. A lot of the time it acts as a plunger. When I have someone come in with an earwax infection, half the time it’s because they used Q-tips.”

In addition to packing the wax deeper and potentially causing it to get trapped in the ear, cleaning out your ears with cotton buds can lead to outer ear infections.

And bad news if you prefer using ear candles: In addition to causing other forms of potential harm, this method doesn’t seem to work.

“There have actually been studies to see the amount of wax that comes out,” Lustig says. “It doesn’t seem to help at all, and there’s the risk of burning your ear doing it. It was trendy for awhile, but I think that trend has worn off ― though I’m sure ear candles will eventually arise from the dead like Lazarus.”

The better method for cleaning your ears is much simpler

If you’re still wanting to clean your ears, just focus on the outside area and any wax that’s already on its way out.

“My general recommendation for people is let the body do its job,” Lustig says. “Let that skin migration with the wax come out on its own. Take a wet washrag onto your finger and clean out whatever comes to the entry point.”

“Just wipe the outside with a soapy finger or washcloth,” Block says.

There are also products like Debrox drops, which contain carbamide peroxide (a combination of hydrogen peroxide and urea) to help dissolve the earwax.

“I’ll often use that or straight up hydrogen peroxide,” Lustig said. “Hydrogen peroxide softens up those harder blocks. It’s safe to use assuming you don’t have a hole in your eardrum, which most people don’t. Sometimes the wax is really hard and we can use these mini tweezers called alligator forceps to clear it out. Sometimes it’s really soften and we suction it out.”

To clean out the ear with a solution like Debrox (or a similar solution of hydrogen peroxide and water, for instance), be sure follow the instructions on the product. Generally, the process involves lying on your side, administering a few drops, waiting a few minutes and then sitting up and blotting the area. You can then generally use warm water in the shower to flush out the ear.

Still, as previously noted you really don’t need to clean out your earwax unless there’s a problem – and even then, it’s best to have a medical professional handle the process.

“The ear canal is sensitive and has a lot of nerve endings,” Lustig says. “A light touch that might feel like a tickle elsewhere can really hurt in the ear. So I wouldn’t go putting things in there. And you have to be careful when irrigating the ear not to perforate the eardrum. You have to be careful to direct the jet of fluid in the correct location on the back wall.”

See a doctor as soon as you notice an issue

You’re not likely to experience issues with wax buildup, but if you do, be sure to seek professional help. When your ear canal gets blocked, you may feel like you have an earplug in all the time, experience difficulty hearing or feel like your voice is echoing when you talk.

Doctors can help clear out the wax and check for other issues. Lustig noted that what some people suspect to be wax infection can actually be a bigger problem.

“I’ve had patients come to see me with sudden hearing loss, and when I look in the ear, it’s clear and there’s no problem with the eardrum,” he says. “It turned out a virus got into the inner ear and caused inner ear damage.”

If you ever notice a sudden change in hearing, you should make an appointment with a professional as soon as possible.

“There are several things that can arise in the ear with a change in hearing that are worrisome or dangerous,” Lustig said. “And there’s a limited time window to treat it. Some other things that can mimic hearing loss are much more dangerous.” What Actually Happens To Your Body When You're Tanning 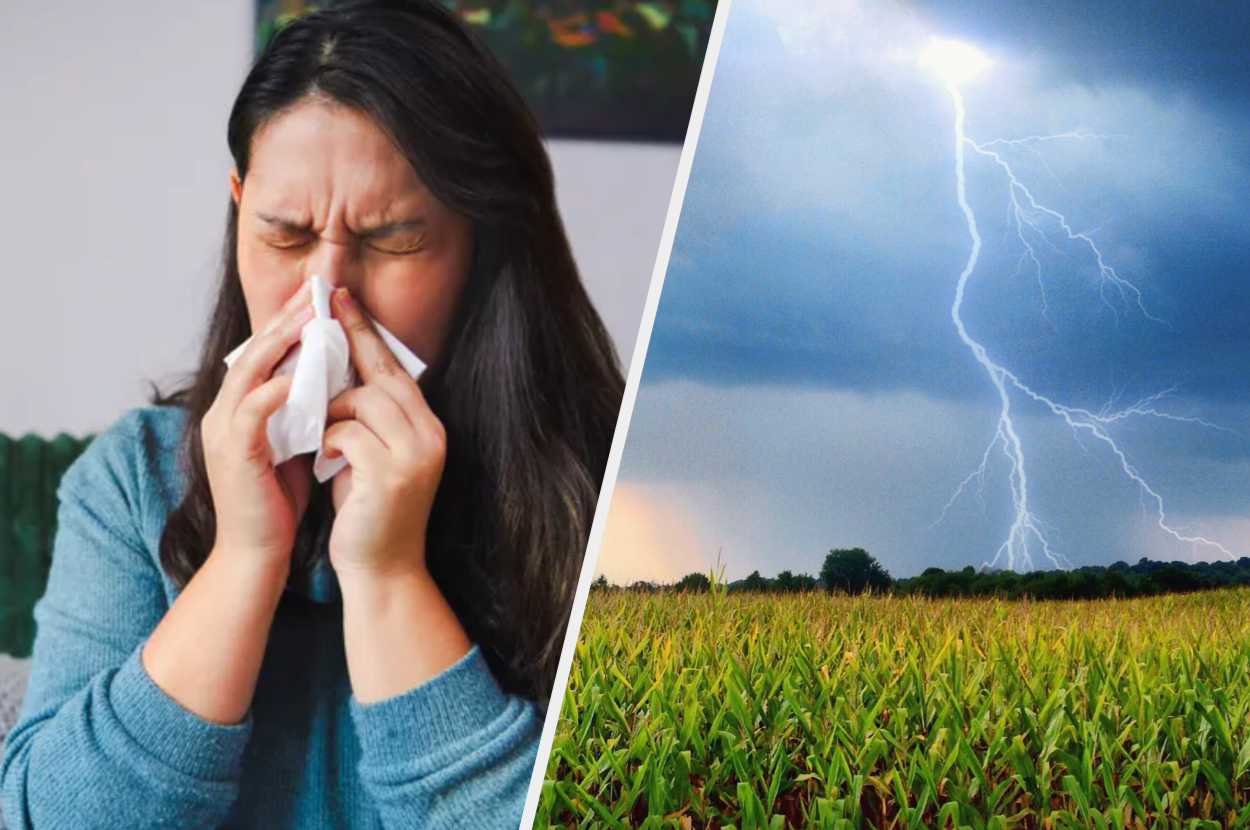