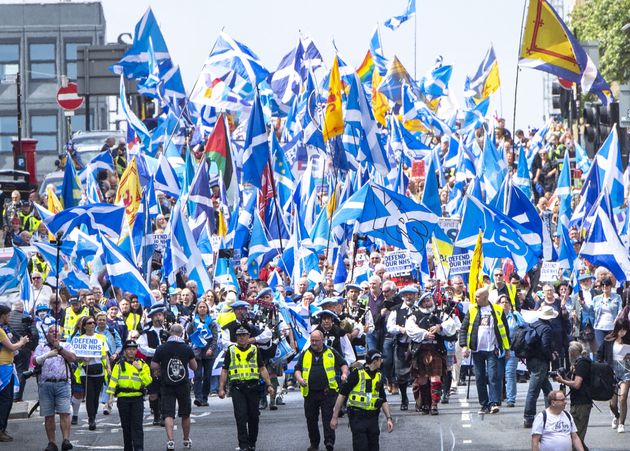 Scottish independence supporters march through Glasgow during an All Under One Banner march. Picture date: Saturday May 14, 2022.

Labour could boycott any wildcat referendum on Scottish independence and instead launch an anti-poverty campaign to coincide with it, HuffPost UK has learned.

Nicola Sturgeon is reportedly considering holding an “advisory” referendum as a way of getting round any legal barriers to a new vote.

In order to hold a legal referendum, the UK government must give the Scottish Parliament the power to stage one - known as a Section 30 order.

This is what happened in advance of the 2014 referendum, in which Scots voted 55 per cent to 45 per cent to stay in the UK.

However, Boris Johnson has repeatedly insisted that he will not sanction another vote, despite Sturgeon saying she wants to hold one by the end of next year.

As a way of breaking the impasse, the first minister is said to favour staging an advisory referendum on whether the Scottish government should begin independence negotiations with Westminster.

But a senior Labour source told HuffPost UK: “If that were to happen, we could boycott it and launch an anti-poverty campaign at the same time instead.”

Sturgeon last week launched a fresh drive for “indyref2”, claiming that the fact there is a majority of pro-independence MSPs in the Scottish Parliament meant there was an “indisputable democratic mandate” for another vote.

She said a second referendum “must be lawful” but that if the UK government “had any respect at all for democracy” it would not block one from taking place.

However, she did hold out the prospect of staging one regardless of whether or now the UK government sanctions it.

“My duty, as the democratically elected first minister, is to the people of Scotland, it is not to Boris Johnson or to any Tory prime minister,” she said.

“This is a UK Government that has no respect for democracy. That means if we are to uphold democracy here in Scotland we must forge a way forward, if necessary, without a section 30 order.” 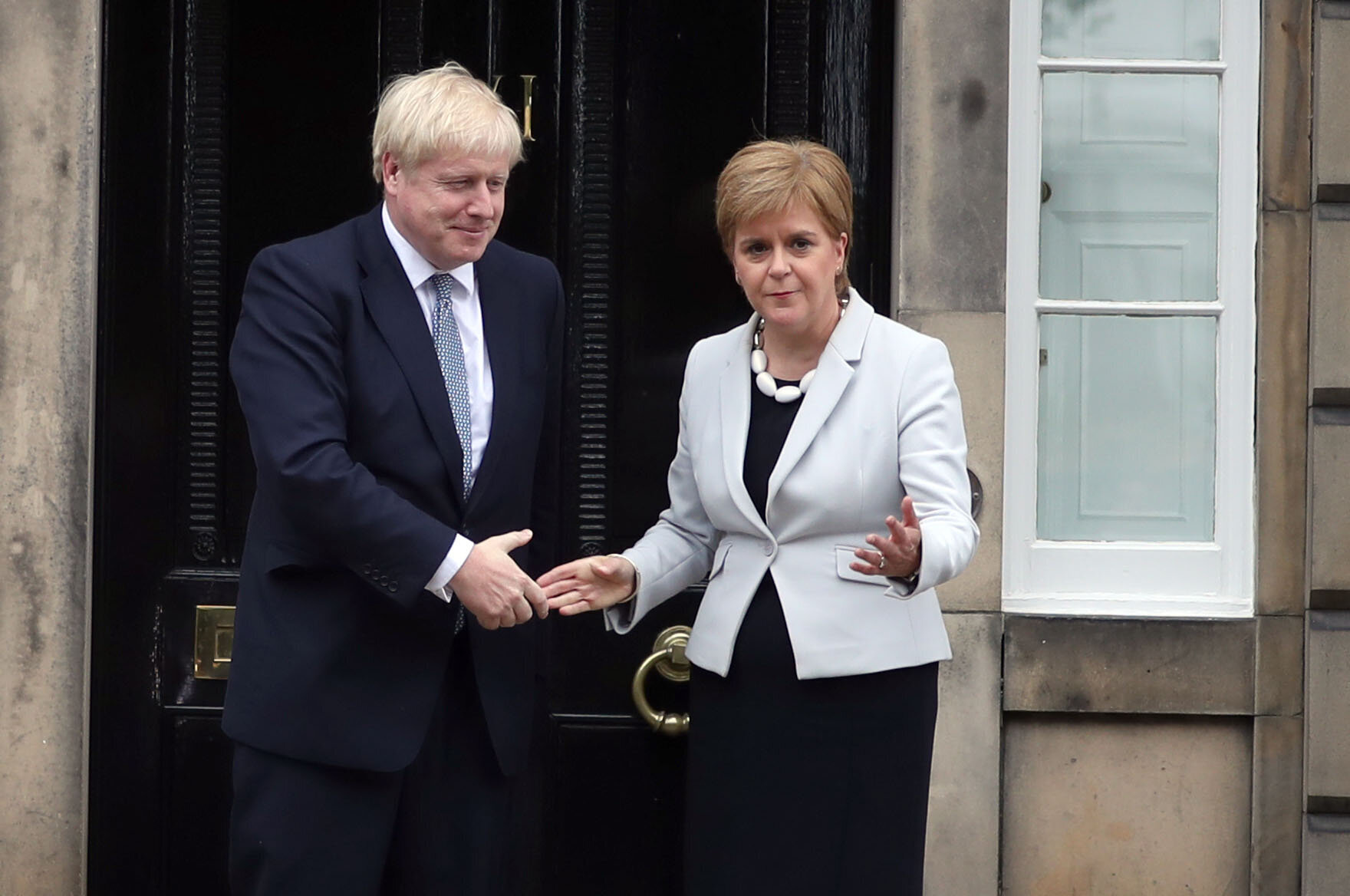 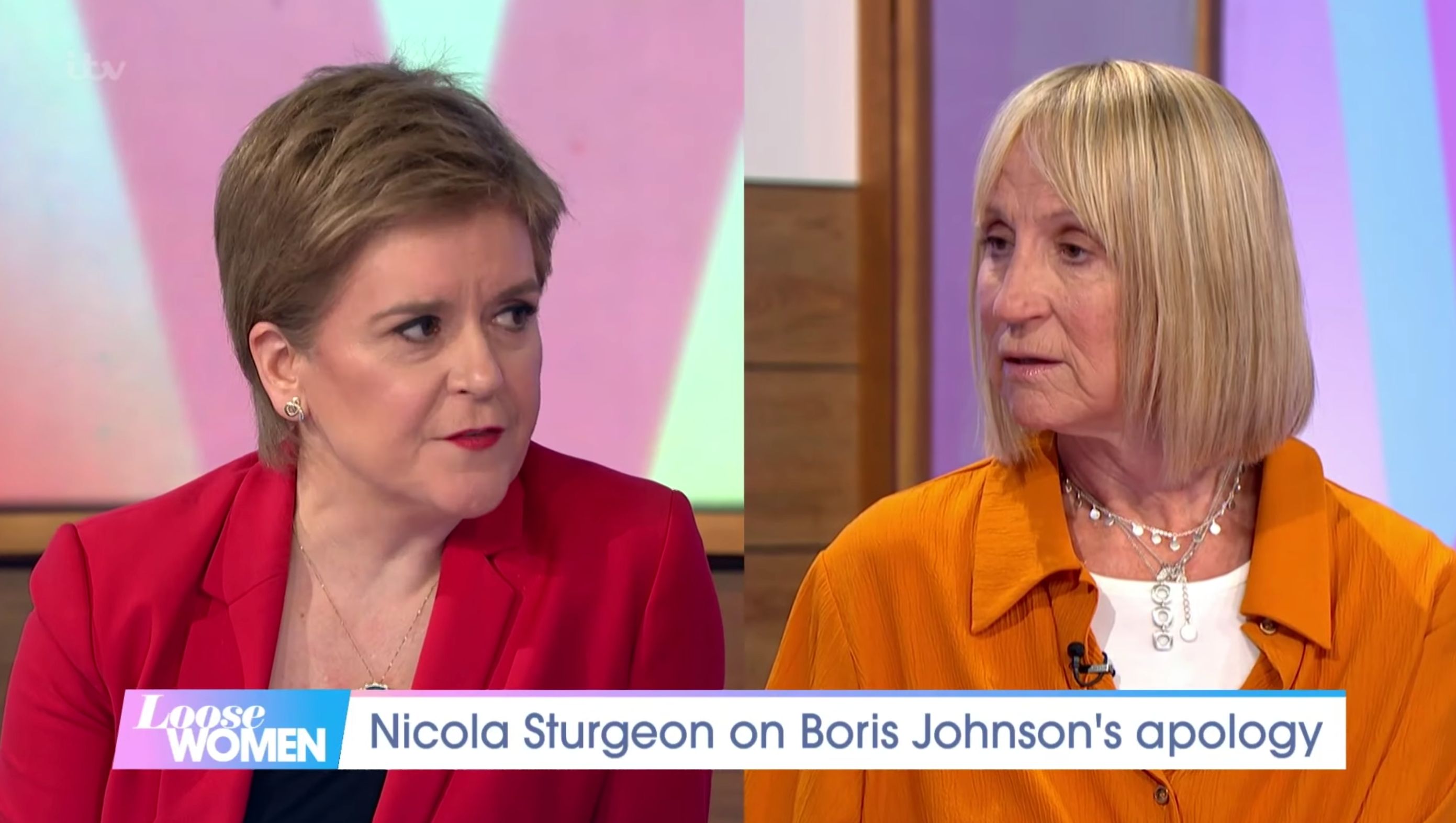 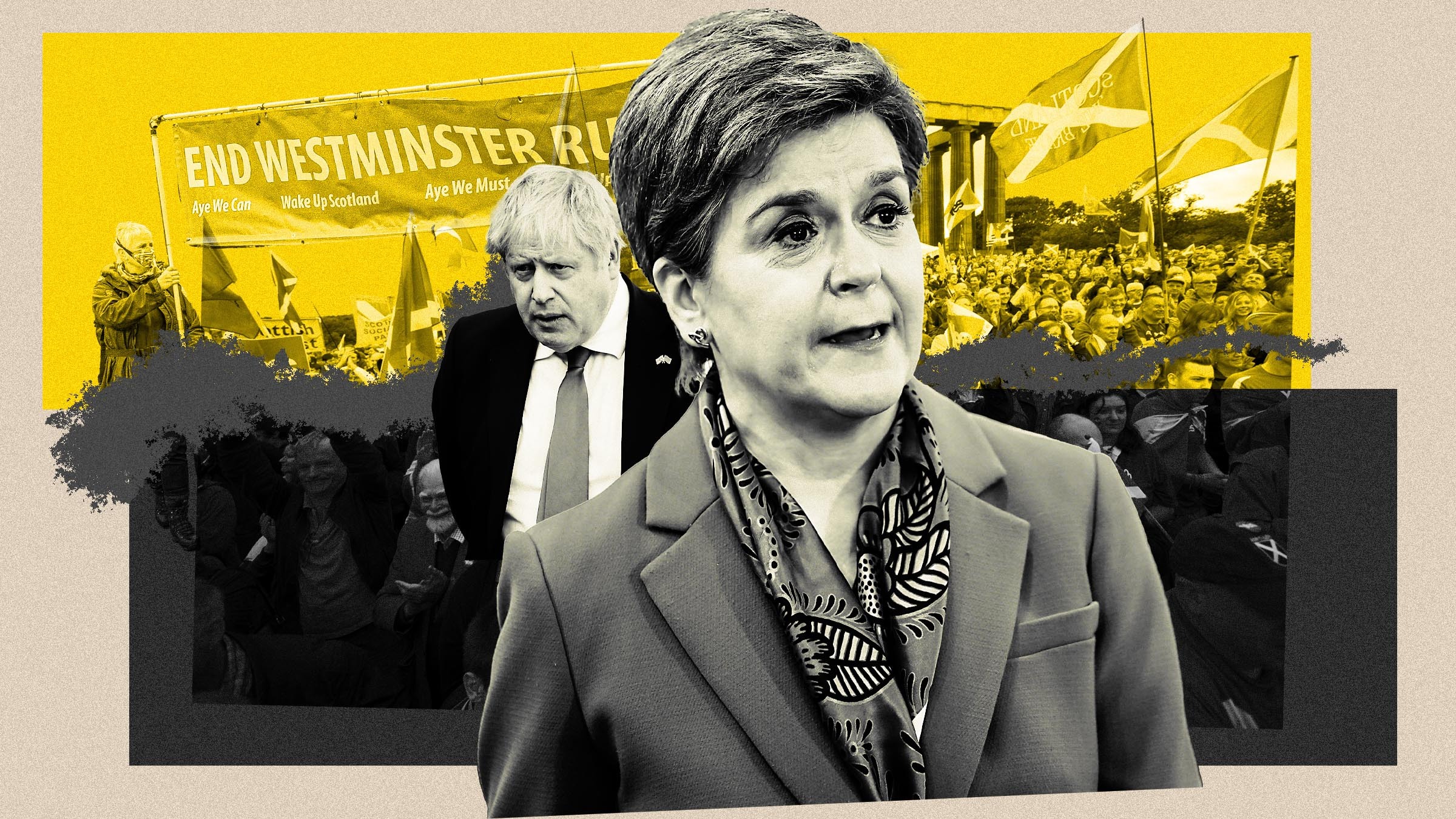 'Hell Will Freeze Over Before Boris Johnson Allows Another Scottish Referendum'