Simon Clarke dodged calls for the government to take a more active role in the negotiations between striking unions and railway companies on Monday.

The chief secretary to the Treasury was speaking ahead of the three days of rail strikes this week, which is expected to be the largest walkout in 33 years with only 20% of UK services running.

With the country encouraged not to travel this week by some employers, there are concerns about just how the tense situation, which stems from workers’ complaint that their pay does not match the 9% inflation levels, will be resolved.

As Sky News’ Kay Burley said: “If you [the government] don’t get involved, the country is going to ground to a halt for a week.”

Clarke replied: ″Ultimately Kay, we don’t control all the levers that need to be held here as the employer.

“The employer is Network Rail and the train operating companies.

“We don’t own the railways ourselves, and it wouldn’t be right for us to substitute ourselves for the role of the employer.”

He acknowledged the government was aware that the strikes were a “huge inconvenience” for the general public and that he “absolutely wants them not to go ahead”.

However, the minister concluded: “It’s not the case that we can put ourselves into the hot seat in the place of the legal employer.”

'If the government doesn't get involved in the rail strikes, the country is going to ground to a halt?' - #KayBurley@SimonClarkeMP: 'We don't control all the levers... The employers are the ones who need to drive the programme of reform.'https://t.co/6kyfws0C6Hpic.twitter.com/UX0qoCZnUF

He did also tell LBC Radio he wants the rail service to be “affordable and sustainable”, and acknowledged that the rail industry is “not in the right place” after the pandemic.

“Unless those are reformed as part of a wider conversation around the new pay deal, then we have to address it.”

He said there is a “fair deal” that needs to be struck, but warned that workers should not be “misled into thinking there’s some double digit pay offer”.

Eleventh-hour negotiations are still ongoing between worker unions and railway operators, but Clarke said the government still expects the strikes to go ahead.

RMT general secretary Mick Lynch has blamed No.10 for the disputes, telling Sky News: “It has to be restated that the source of these disputes is the decision by the Tory government to cut £4billion of funding from our transport systems – £2billion from National Rail and £2billion from Transport for London.”

Clarke did say there was a “level of disingenuous there I’m afraid” when this claim was put to him, telling BBC Radio 4′s Today programme that Lynch has allegedly said he “won’t negotiate with a Tory government”.

He then claimed “ultimately it will only confuse things if we add a third party” to the negotiations, although the government “is always there” to help secure a deal.

The Department for Transport has also maintained that “strikes should always be the last resort”, and claiming the government committed £16billion to support the railways during the pandemic.

A spokesperson said: “The railways is still on life support, with passenger numbers 25% down and anything that drives away even more of them risks killing services and jobs.”

Unless a last minute resolution is found today, the strikes are set to take place on June 21, 23 and 25 although railway travel is expected to be disrupted all week. 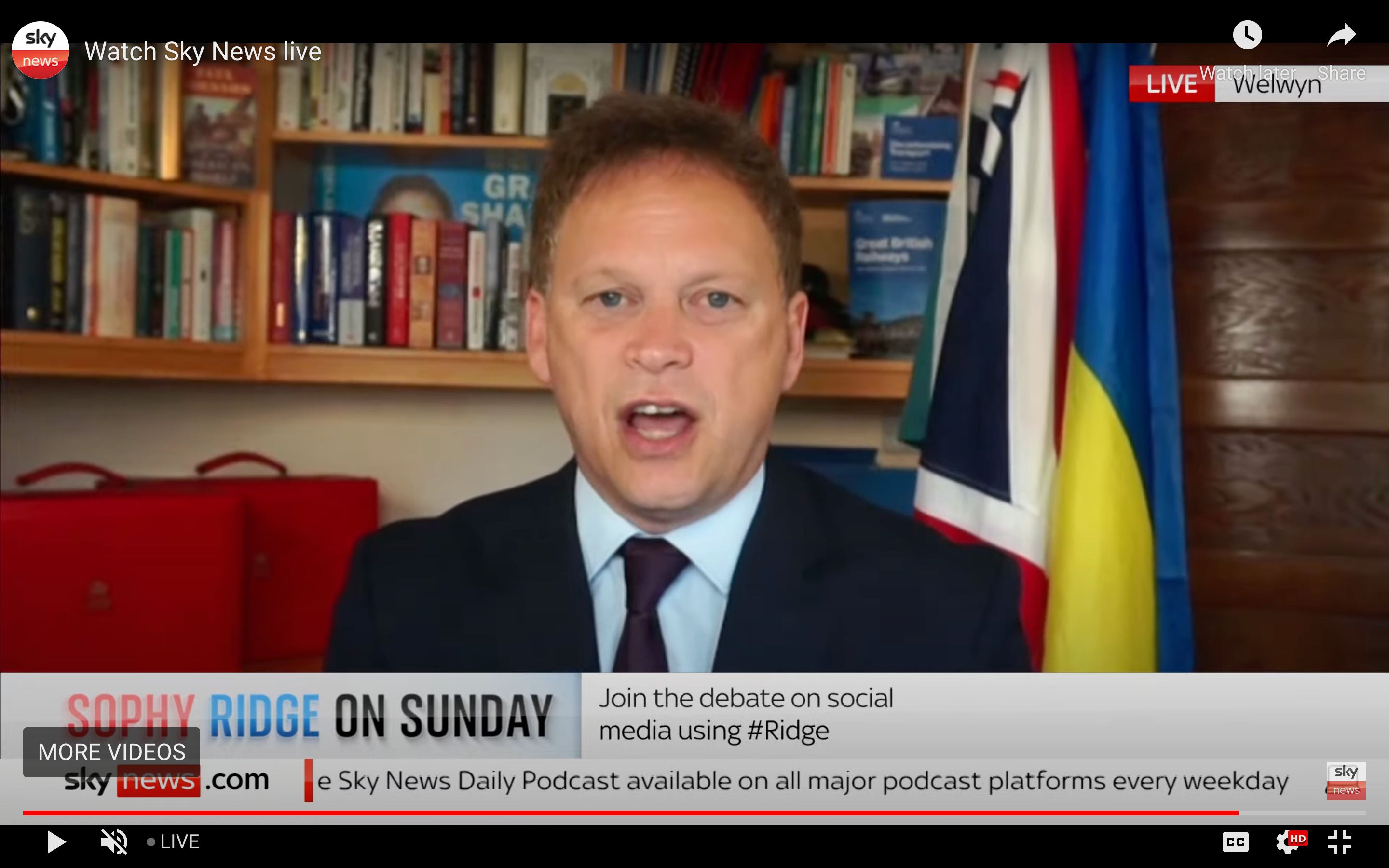 Unions Making A 'Huge Mistake' By Pressing Ahead With 'Disastrous' Strikes, Says Shapps 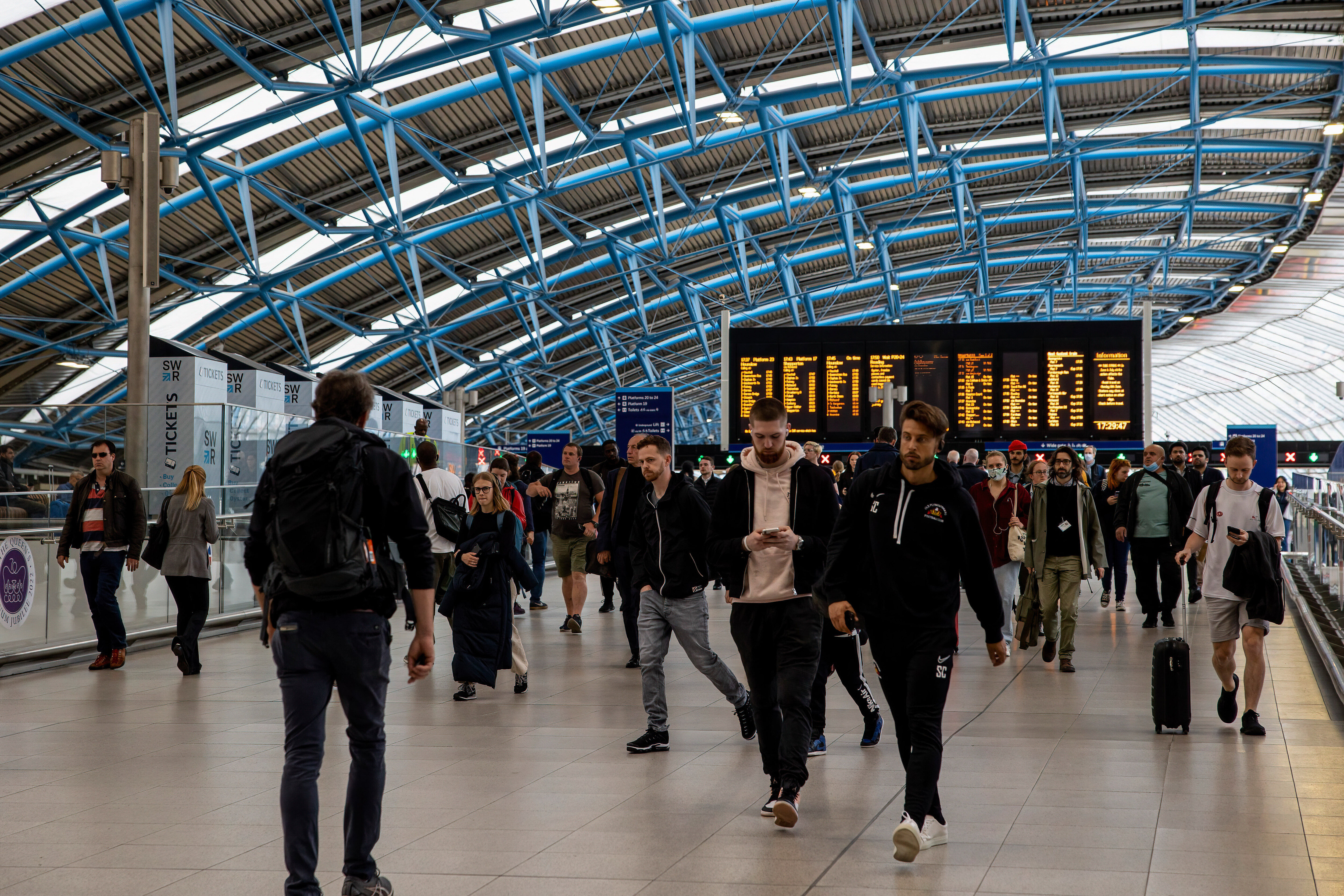 Rail Strikes: Everything You Need To Know About The Biggest Walkout For 33 Years Has Life Always Been This Hard? Here's A Look At How Our Essential Services Have Changed In The Last Few Years