This Is What Black Joy Means To Rugby Star Maro Itoje 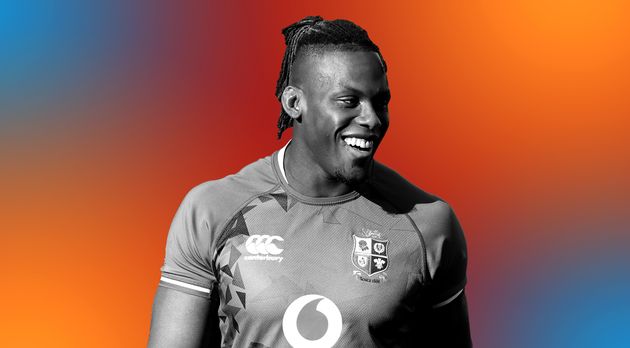 You’re reading Kiss The Joy, an interview series with big name British celebs about where they find their sense of Black self and happiness.

Picture a Black sports star and a premiership footballer, US basketball name, or Olympian athlete might spring to mind – not necessarily a rugby player.

It’s 8.30am when his face first pops up on Zoom for our interview, those familiar locs and his 6ft 5 height less obvious in the small square on my laptop screen. He definitely seems like a morning person. But then he must be used to getting up early for training. He’s been doing it long enough.

Born to Nigerian parents in Camden Town, London, Itoje started playing rugby at 11, making his senior debut for Saracens at 19, and winning a place on the British & Irish Lions team at 22, making him one of the youngest players to do so. Just four years later, Itoje, now 26, can say he is a four-time Premiership winner, three-time European championship international, World Cup semi-finalist, and former recipient of the European Rugby Player of the Year.

We’re not really here to talk about sport today, but we can’t help but discuss work, just a little. Because his job, like so many others, was put on pause by the pandemic. The past 18 months impacted everyone’s personal and professional lives, but for those in the sporting world, the return came sooner than most.

When you’re a rugby player, you can’t easily work from home. 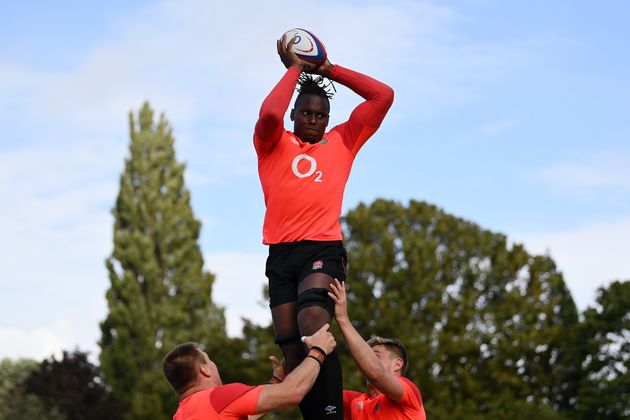 The pandemic didn’t just change the dynamic of his training and games, but the dynamic of his life. “We’ve been in a lot of bubbles,” Itoje says from the north London home where even he spent a lot of time. “Actually we’ve probably had to be more cautious than the average citizen because if one or two of us get Covid, it means our games can’t be put on.”

Even if you aren’t a rugby fan, you might have seen Itoje’s name mentioned – or rather not mentioned – when cabinet minister Gavin Williamson embarrassingly got him confused with another prominent Black British sportsman this year.

Williamson, still education secretary at the time, told an Evening Standard interviewer that he’d spoken on a video call to England football Marcus Rashford when he had in fact he’d met Itoje. Cool as you like, Itoje found the perfect response on Twitter.

Due to recent speculation I thought it was necessary to confirm that I am not Marcus Rashford… And whilst we are here my name is not Mario either!! Just a simple Maro Itoje will do…

The tweet was characteristic of his easy manner. With more than 104,000 followers on Twitter and 283,000 on Instagram, he is a very public figure. Being this visible online as a Black person, unfortunately, means facing the ever present possibility of micro-aggressions and abuse – racial or otherwise.

Itoje knows this comes as part of the territory, but says generally he doesn’t pay it too much attention. “I don’t have a documented policy of how I deal with certain things like that and for the little bits of micro-aggressions I get, there’s a lot more love and support. We’re never going to please everybody so I think it’s important to do what you think is right and keep the train moving.”

Asked what it feels like to be a Black man in rugby, he reflects. “I guess it’s all I’ve ever done so I don’t really know – it’s hard to compare and contrast it to other sports. We’re definitely part of the minority, but it’s all I’ve ever known.” A pause. “It’s nice when you see other young Black rugby players coming through, showing appreciation of what you do.”

For the duration of our call, Itoje is seated in front of a beautiful African painting – he’s a self-confessed art nut, co-hosting an exhibition earlier this summer in Mayfair, A History Untold, featuring work by six African and Diaspora artists.

As proud as he is of his African root, he also acknowledges his British identity with ease – or rather what he describes at his “hyphenated identities”.

“Being Black and British, or for my specific example, being Nigerian and British, you have two distinct cultures,” he explains.

“I’m very much into my Nigerian heritage, my Nigerian family and that brings a whole set of values, customs, and traditions. But I was also born and raised in London. So I’ve been brought up into this British Western society, had a British education system,” – as a teenager, he won a scholarship to Harrow – “and so I have these two identities and I’m sailing a wave in between the two.”

If that wave sounds at all treacherous, Itoje is enjoying the ride. ”I love being able to relate to two different cultures in such a strange way,” he says. “It’s beautiful.” And celebrating the beauty of being Black – or “Black joy” as we often say – has become more imperative since the death of George Floyd.

He also sees it being closely linked to mental health and achieving a good work-life balance. For him, that means “seeing my friends, family, loved ones and committing to getting better as a rugby player and all the other stuff I do.”

Even outside rugby, he is busy: from being a patron of the education-based social enterprise, The Black Curriculum, to just this week becoming the new face of M&S menswear, Itoje wears many hats.

“I find it difficult to restrict yourself to one thing, one purpose, per se,” he admits, when pushed on his purpose beyond sport. “I believe humans are multifaceted individuals and beings... I love African art, I’m interested in politics, African development, and business. I can’t pin that question down to one thing.”

We are speaking on the eve of Black History Month – so what does he make of that? Itoje tells me that he’d love for us to reach a time where our history is automatically embedded into the education system, but that Black History Month (and the awareness it brings) “still has value” for now.

″Until we get to that space, until we get to that position, I think it’s important to highlight some of the issues that are going on today regarding Black people,” he adds. “It is important, too, for young ones, because still to this day, there’s a lot of schools and a lot of young people who don’t have taught Black life histories.”

Presumably something he also said to Gavin Williamson that day on Zoom. 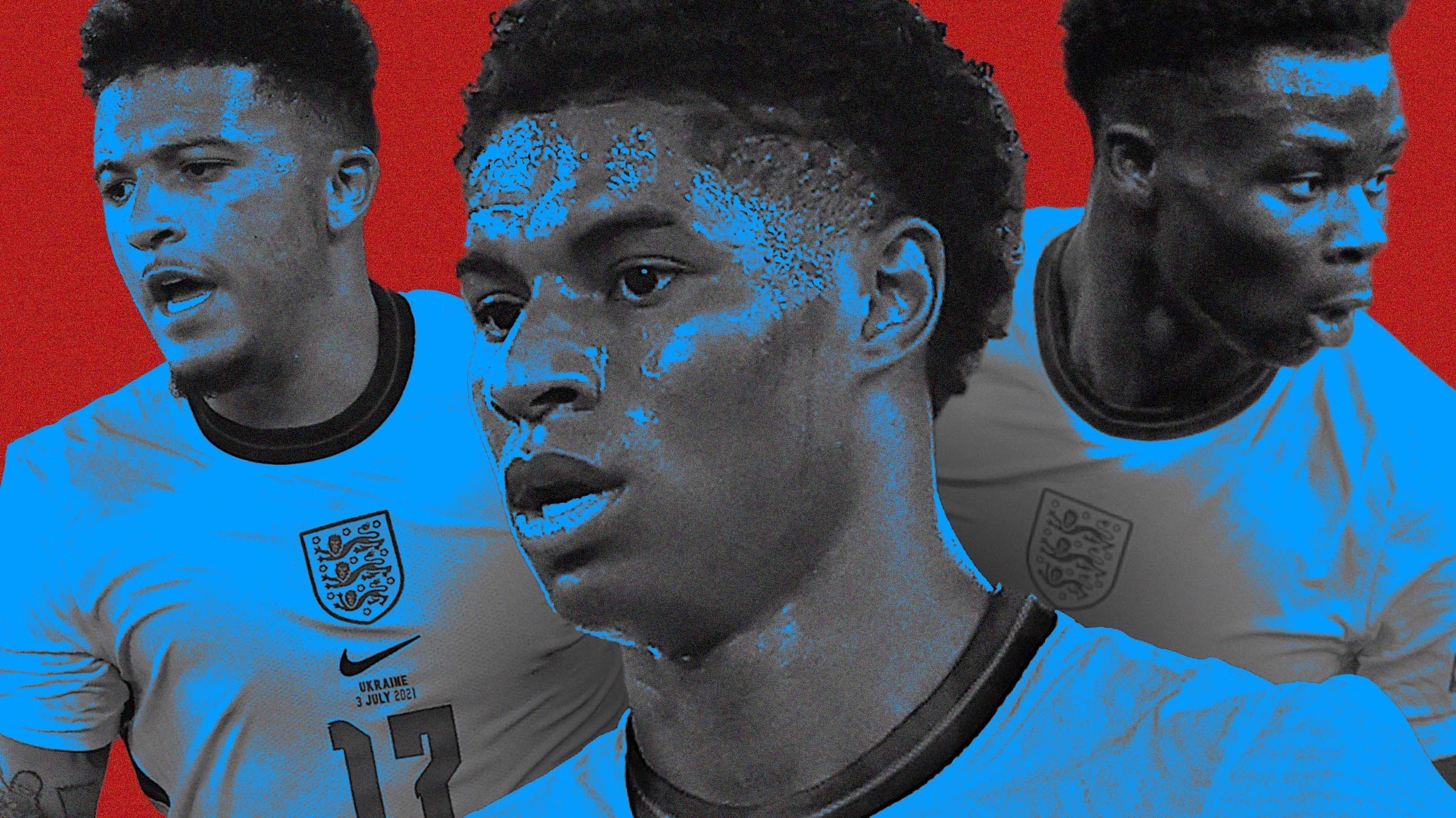 Black British Or Black In Britain? It Depends If We're Winning 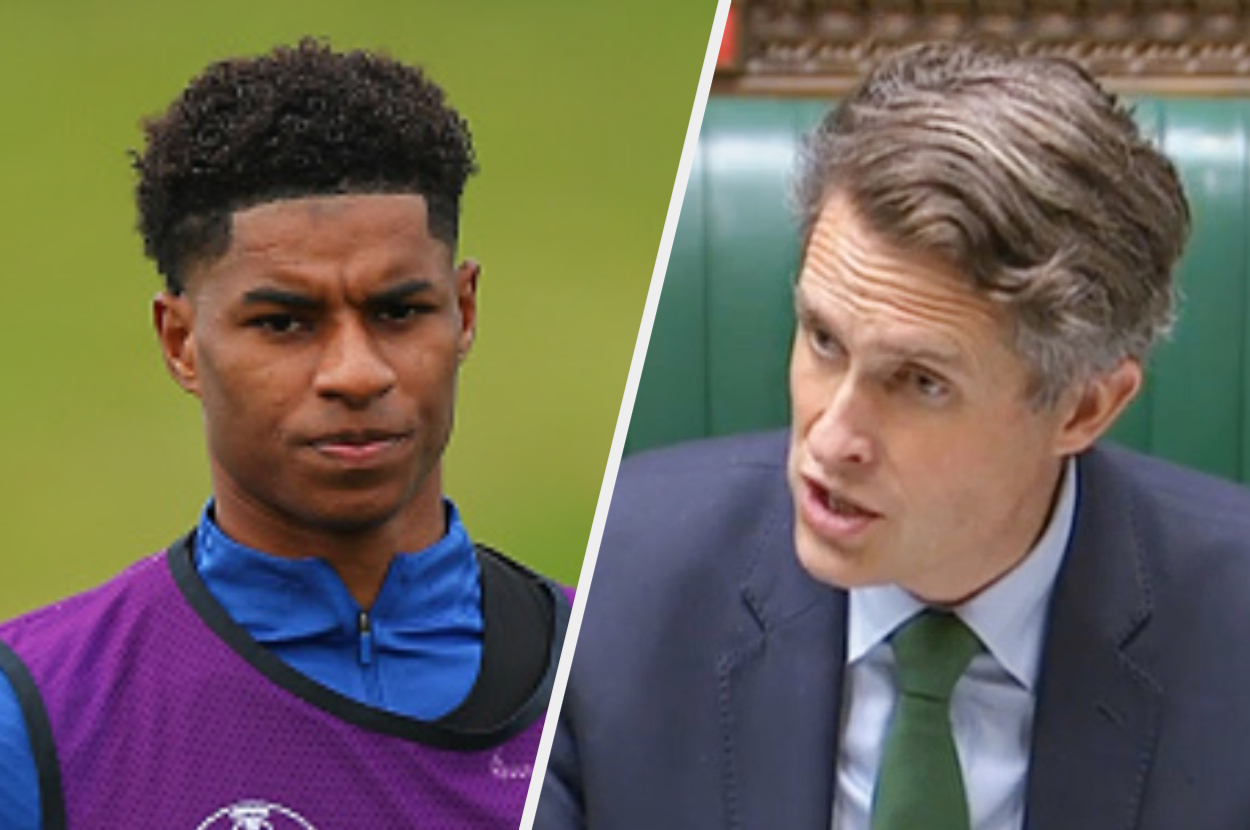 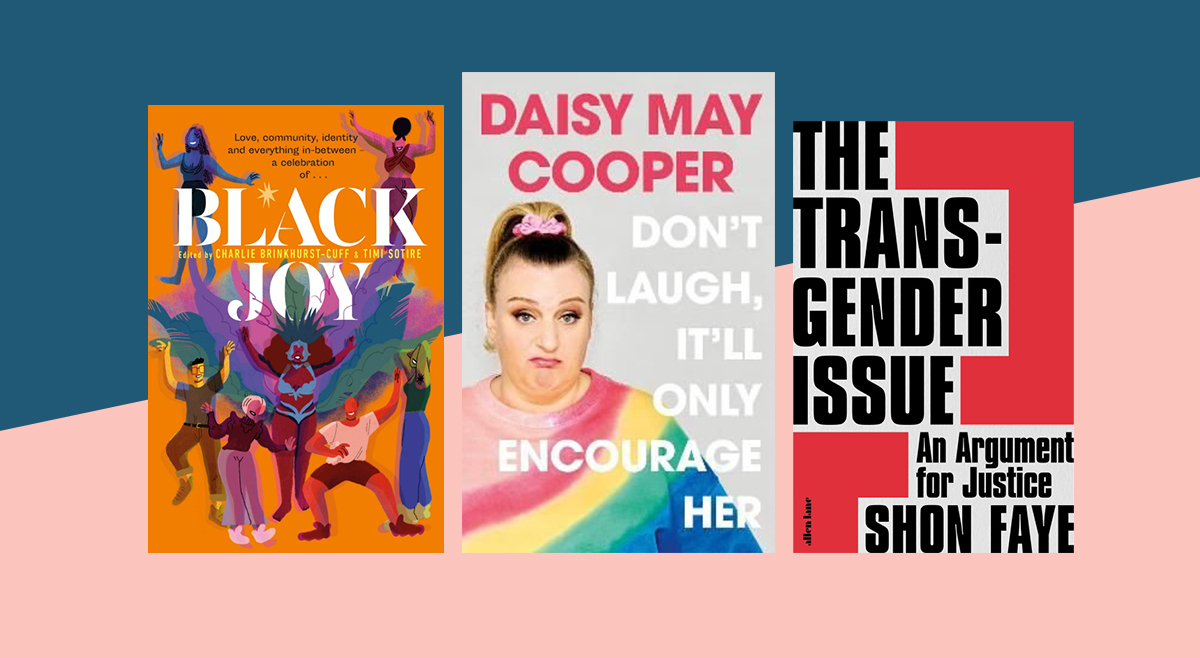 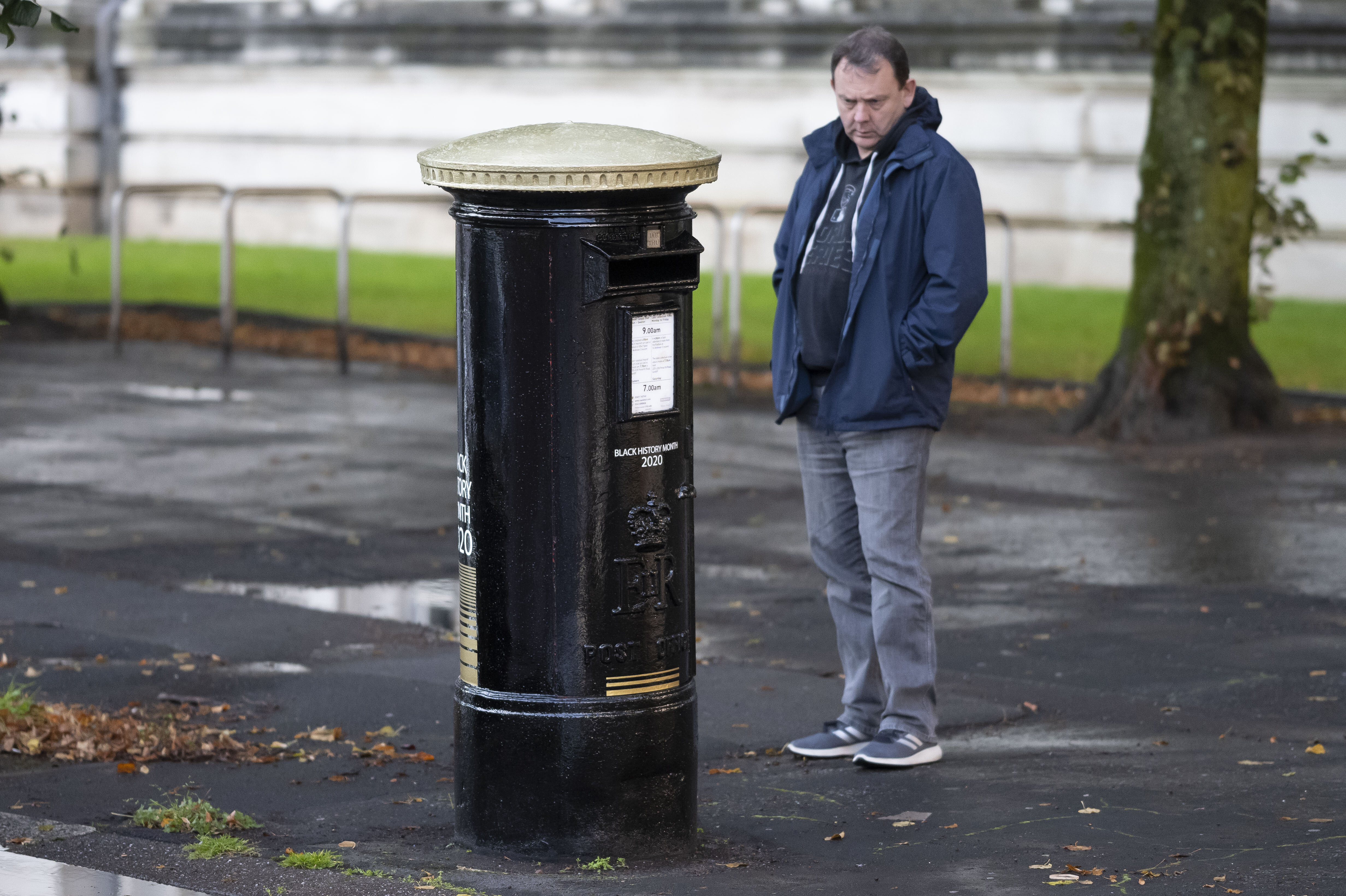 Opinion: Black History Doesn't Have To Be About Black Trauma