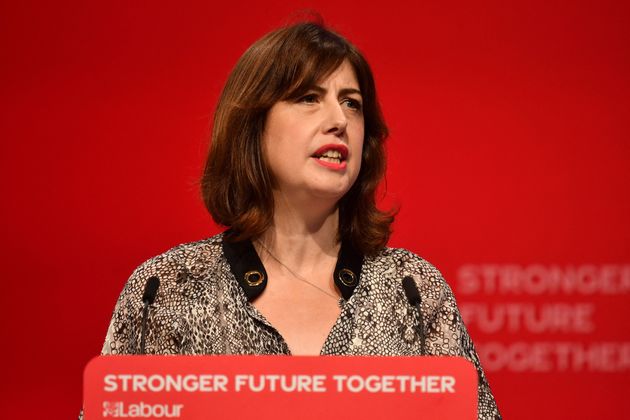 A Labour MP has revealed she dropped out of the University of Oxford after a year because it left her feeling “totally thick”.

Shadow housing secretary Lucy Powell described herself as a “fish out of water” when she went to study Chemistry at the elite university nearly 30 years ago.

Powell told Gloria De Piero on GB News she was studying maths, physics and chemistry at her state sixth form when a teacher picked her out and said she should apply to Oxbridge.

Powell said: “I went down for my interviews and I phoned my mum up just crying because I hated it so much.

“It was just so awful. But then I got in, I got an offer. I cried when I got the offer, I didn’t want to go at all.

“But what do you do? You get an offer from Oxford. You get into Oxford and everyone’s like oh that’s amazing. That’s great.

“I just was like a fish out of water for most of it. I did make some really good friends there and I’m sort of glad I went to see how the other half live in a way. But I didn’t thrive there at all. So, I left after a year and then went to Kings.”

Asked why she felt like a fish out of water, Powell replied: “I was a state educated, northern girl doing science.

“It’s not an environment I was used to at all. I’d come from Hacienda Manchester.

“And I was sort of in Oxford with a load of books and there was no support. What I realised was everybody else had had a lot of coaching, a lot of extra tuition, a lot of support.

“There was no teaching really, it’s just like here’s an exercise book get on with it. And so it just crushed my confidence immediately.”

Powell said she had gone from being picked out at her sixth form from two thousand children to “basically being made to feel like I was totally thick” and described the experience as “crushing”.

She added: “I sort of lost interest, I really struggled, I put on weight. Over that summer, after my first year when I came home, I just made the decision that I wasn’t going to succeed there and I hadn’t done very well.”

Powell phoned around other universities and transferred straight into second year at King’s College in London.

The MP for Manchester Central added: “Oxford and Cambridge are getting a bit better, but that was nearly 30 years ago. My experience, you don’t expect it to still be like that in 21st century Britain, do you? But I think unfortunately, it is still for too many.”

Powell also revealed that she went clubbing at the age of 15 and used to go to the Hacienda nightclub that became famous during the “Madchester” years.

She added: “I used to go clubbing on a school night and things I really shouldn’t have done that my parents really didn’t know I was doing.”

But she also revealed that she never gets drunk now, adding: “I’ve become a lightweight and maybe I am a sort of control freak about it.

“In my youth, as people who were at university or at school will testify, I was perfectly able to get completely paralytic drunk as lots of people were at that age.

“But as I’ve got older, I don’t know when that kicked in, I’m very sensible I’m afraid. So I just have my two spritzers and that’s me done.”