“I’m a footballer and I’m gay.” These were brave and historic words from Josh Cavallo, the Adelaide United player who came out as LGBTQ this year. Justin Fashanu, the last male player who came out at the top of the male game while still playing professionally back in 1990, tragically took his own life in 1998.

Cavallo’s coming out has ended a 23-year period of drought for LGBTQ representation at the highest levels of the male game. “To live this double life, it’s exhausting,” Cavallo said, speaking to the BBC after his announcement.

For decades there has been speculation among fans and in wider society about when the next male player may come out as gay. The Sun newspaper has led much of the charge, publishing anonymous open letters written by LGBTQ footballers, detailing their agony at being closeted.

Of course, players coming out in the beautiful game isn’t only good for football – it’s good for society, too. Studies about LGBTQ representation in the media show how it can lead to LGBTQ people being better accepted by non-LGBTQ people. And queer fans have long wished for more representation on and off the pitch.

Chris Paouros, 47, co-chair and co-founder of Proud Lilywhites, the official Tottenham Hotspur LGBTQ+ Supporters’ Association, says that many LGBTQ people don’t feel mirrored by the game – at least by the men’s game (by contrast, the 2019 Women’s World Cup flew the flag for LGTBQ inclusivity).

“It’s often hard to be what you can’t see,” she says. “If you’re a young gay man who loves football or are questioning your sexuality, you might decide football isn’t for you. It’s a travesty that we may be losing talent and just as bad as that we could be denying people the opportunity to enjoy our beautiful game.”

“Football continues to struggle with the macho stereotype around it which can be quite challenging,” says football fan Ryan Tobin, 23, who works in admin for the NHS and lives in central London. “I do think there are LGBTQ people who feel a lack of representation within football.”

But while might be demand for more representation, critics including leading inclusivity figures argue that media focus on confessional stories are likely to make players feel even less comfortable about coming out. 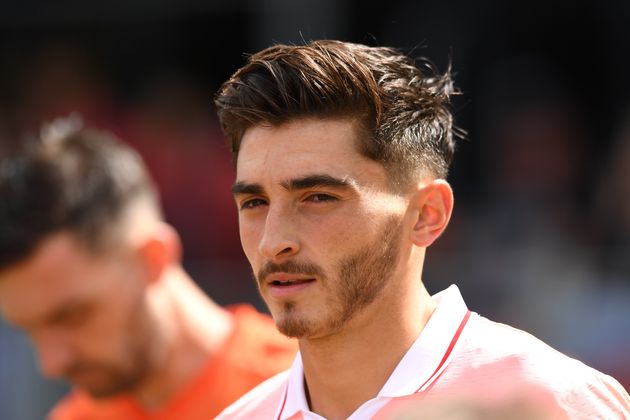 “Sensationalised accounts in the media of agony and anguish give the perception that complacency has set in on homophobia in football,” the letter read. “The truth is that there has never been a more concerted team effort to tackle prejudice.”

Hugo Scheckter, founder of the Player Care Group, a consultancy that works with Premier League footballers and managers, is one of only a few openly LGBTQ professionals to work at the top of the male game, but believes searches for the ‘next’ gay player can cause more harm than good.

“The more focus we have on people coming out, the less likely it is to happen,” he tells HuffPost UK. “Any gay person knows when they’ve been outed without their choice, you know how horrible that can be. And I think that’s effectively what is happening. The industry seems to be trying to drag someone out of the closet for their own box to be ticked.” Personally, he even questions the validity of some of the letters printed. “I find it hard to believe they [players] would go outside the industry to an organisation that will put it in the press,” he says.

Scheckter believes some players may choose not to come out due to logistics.“It could well be someone who is openly gay in their life – I actually do not know any openly gay professional footballers in the Premier League – but they’re not someone who wants attention, they just want to be that great footballer who then in 10 years’ time when he retires is gay,” Scheckter says.

Jay Lemonius, a grassroots player, captain of Stonewall FC football club and a member of the FA’s diversity and inclusion team, has first-hand experience of the situation Schekter describes. “Athletes train their whole life to be footballers,” he says. “They don’t wanna be known as Joe Bloggs, the gay right- winger from X club, they just want to play football.”

While endless speculation about players’ sexuality is clearly not constructive, that doesn’t mean work cannot be done to encourage a safe environment for players if they decide coming out is the right option for them.

Footballing bodies are making an effort to demonstrate inclusivity. Cavallo’s team released a statement supporting him, and in the UK there’s the ongoing Rainbow Laces campaign, a partnership between LGBTQ charity Stonewall and the FA, and the Football v Homophobia initiative, which sees players speaking out in video messages against homophobia and wearing rainbow-modified pieces of kit to display their allyship. Rainbow Laces day is December 8.

During Euro 2020, the England and Germany captains Harry Kane and Manuel Neuer both wore rainbow armbands to show support for Pride during the team’s round of 16 match, while Liverpool captain Jordan Henderson retweeted a queer fan’s positive experience on his first trip to Wembley and it went viral. 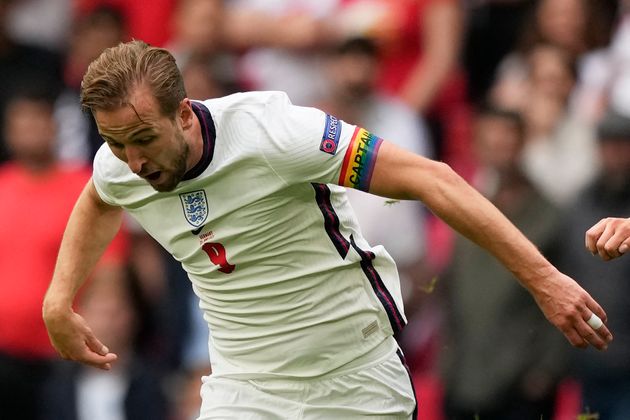 However, Scheckter believes there’s more to be done. He has previously called out Rainbow Laces for being opt-in, rather than opt-out for some top clubs, which he argues means many players don’t get around to making the active decision to show their allyship by wearing the LGBTQ laces.

“Everyone likes things to be easy,” he says of footballers, who he describes as “people who get asked for a lot of things a lot of time”.

“If we put out rainbow shirts, they go out, they wear them, they take them off,” he says. “My job is about making things easier for footballers. If you need them to sign something, you put it on the table with the pen lid off, at their height, and then they walk past and they sign it.”

Simone Pound, head of the equalities department at the Professional Footballers Association, believes that making the Rainbow Laces campaign year long, rather than for a few weeks in November / December would help.

“I think from a player’s perspective that there should be some more work on the campaign so that they don’t feel that it’s something that’s just a short space in the football calendar,” she says.

There are other business and logistical pressures on footballers which may complicate their decision to come out as gay. Lemonius speculates that “potentially” player agents worry that LGBTQ footballers are not able to secure the same kinds of lucrative deals with brands as straight players.

“Potentially agents can have negative perceptions of what the commercial impact would be on coming out,” says Lemonius. “Athletes are isolated, they’re in an elite bubble of performance and they may not be the ones making commercial decisions, so I guess agents have an impact on that.”

From abuse from supporters, as reported on in the grassroots game by HuffPost, to the pressures of having to do even more media and press opportunities as Josh Cavallo took on, the reality is that coming out can be perceived as an added hurdle on top of the day job of playing your best football.

But for Cavallo, coming out as LGBTQ was not only his personal “freedom day,” but a choice which he believes will ensure he actually plays better on the pitch.

“I could perform to a complete different level,” he said brightly in his BBC interview, echoing the findings of a parliamentary hearing on homophobia in 2016 which concluded that gay footballers would be able to perform better if they came out. “I can’t imagine what I can bring to the table now.”

The 22-year-old Australian has already inspired thousands of fans who have taken to social media describing how they feel more seen. Perhaps Cavallo will now inspire more players to follow his lead if he can prove that the path of honesty and openness actually has less resistance than the alternative. 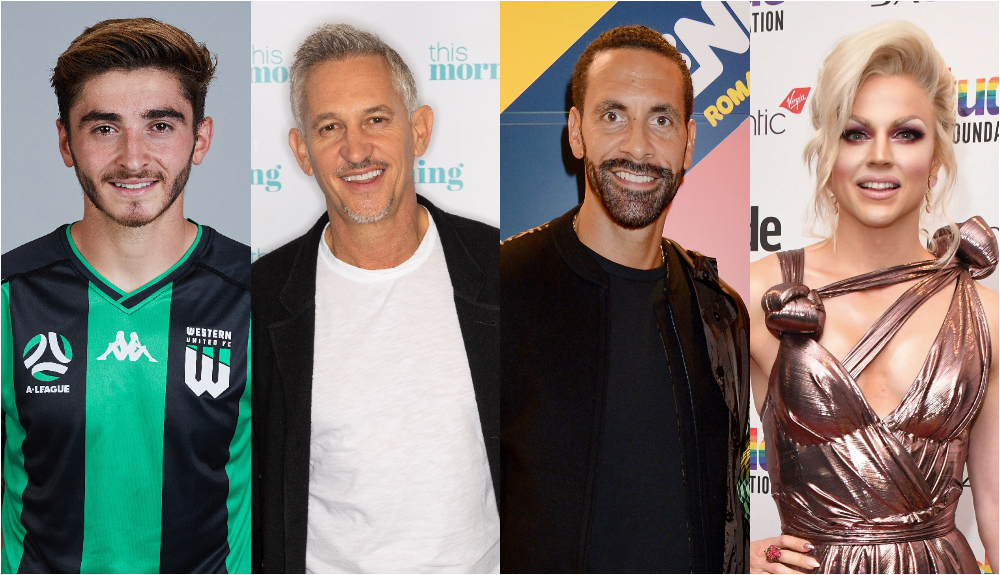 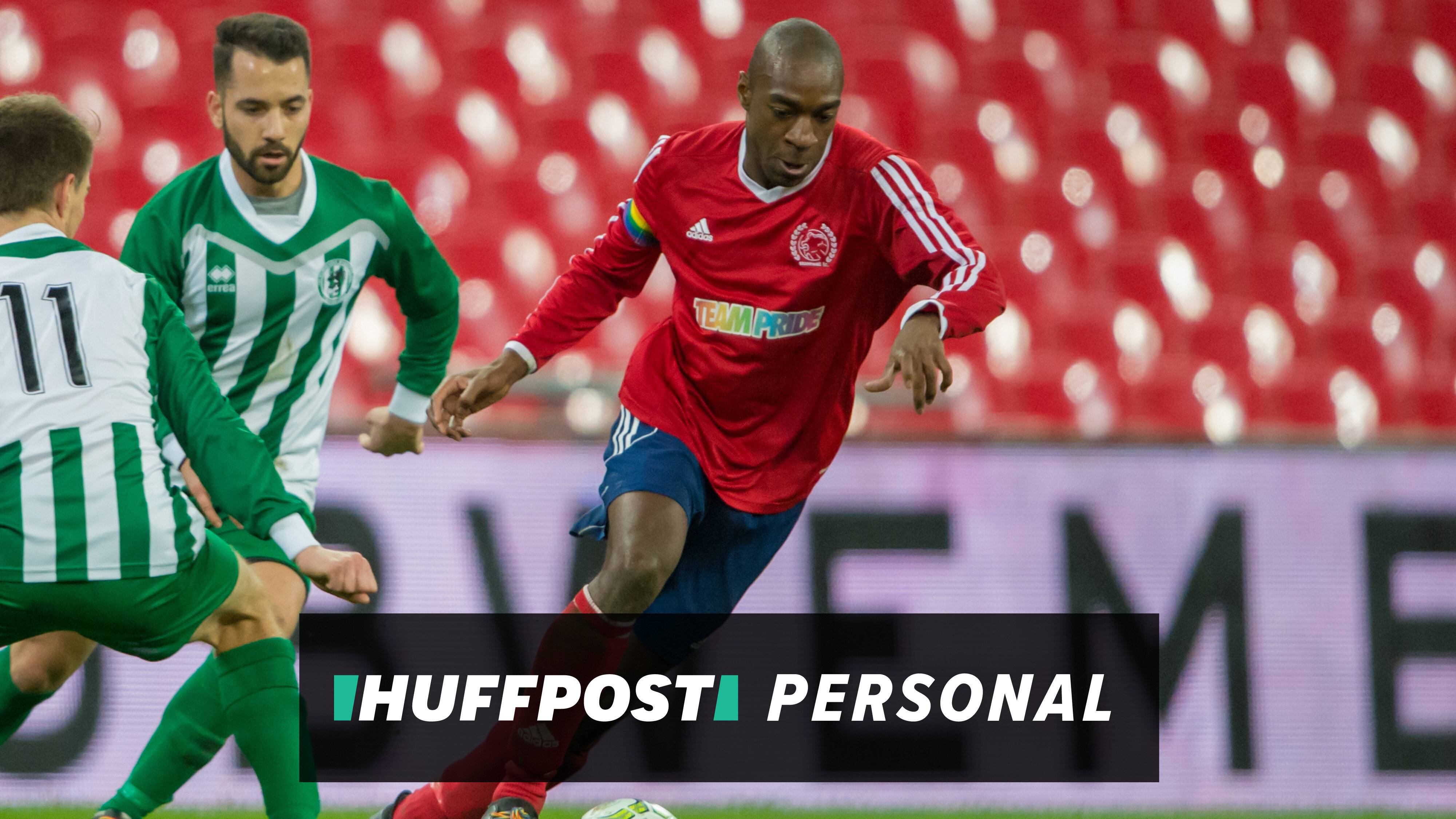 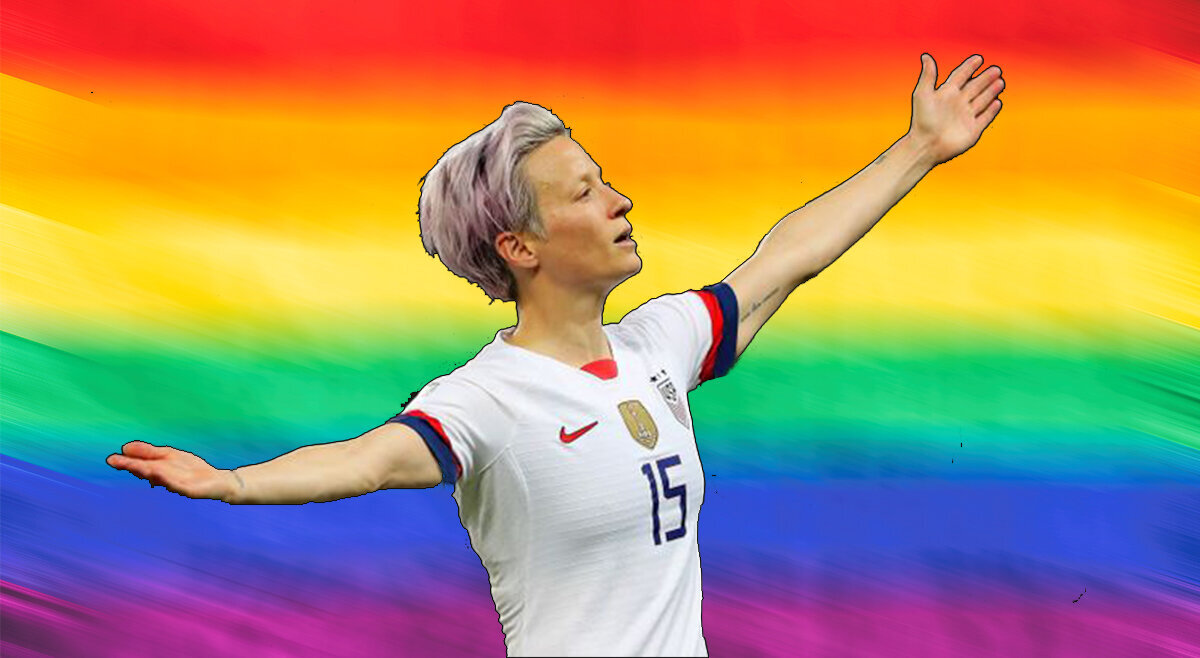 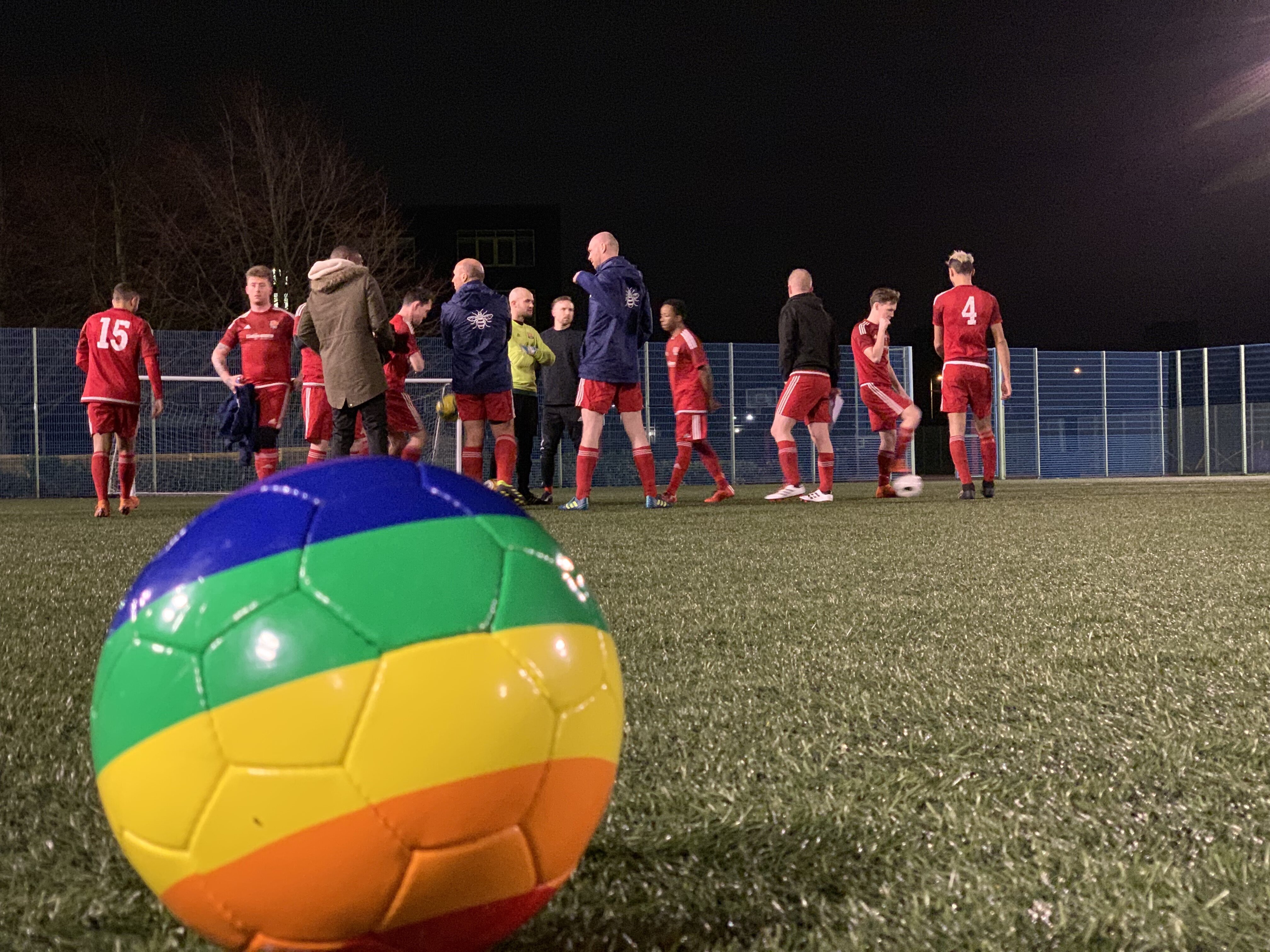 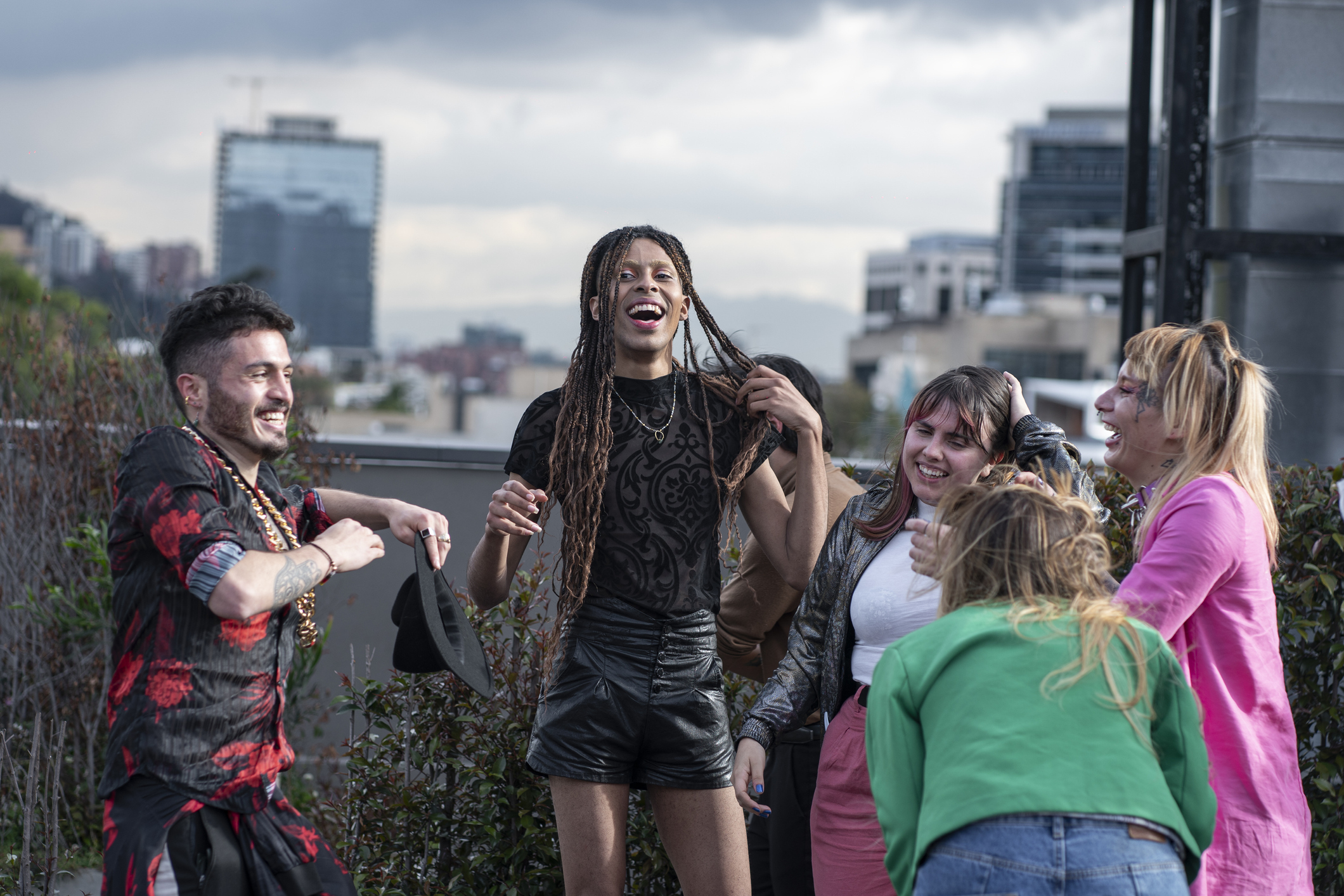 Queer Sober Spaces Are Thriving. Now We Must Protect Them