Why are mainstream news outlets giving a platform to Republicans who lie about the 2020 election? 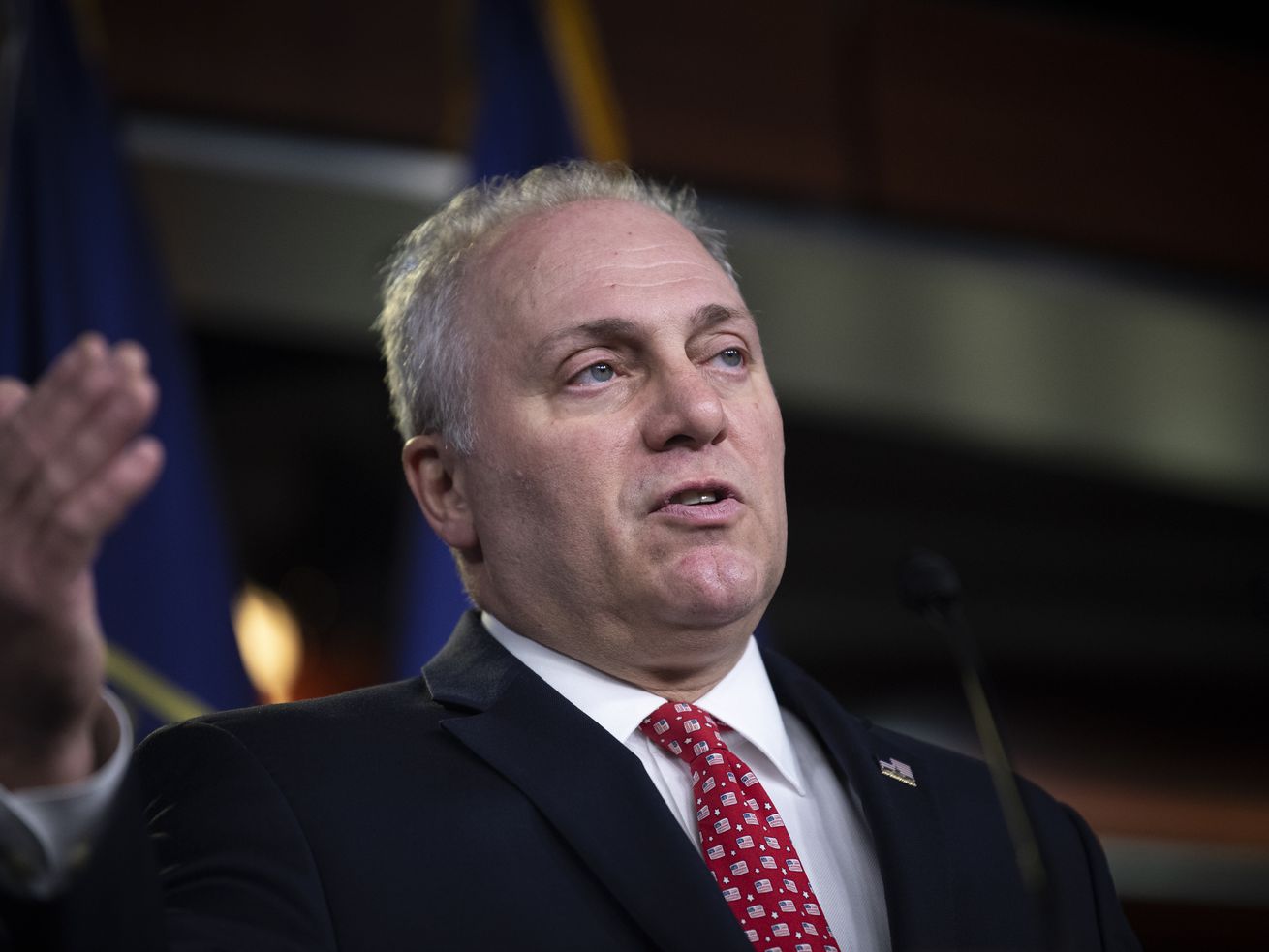 Steve Scalise’s ABC interview was a case study in how not to handle Republicans who push “the big lie.”

In the months since last November’s presidential election, a number of prominent Republicans have not only lied about Joe Biden’s victory being tainted by fraud but have repeatedly been given a platform to do so on national TV. This Week’sSundayinterview with Rep. Steve Scalise (R-LA) stood out as an example of why people think news networks should know better by now.

ABC’s flagship Sunday news talk show took heat on Friday when the show’s Twitter account announced that Sunday’s edition would feature an interview with Scalise, a Trump loyalist who has spread lies about the 2020 election and on January 6 voted against certifying Joe Biden’s Electoral College victory.

First question has to be: ‘Do you accept the results of the 2020 election and the legitimacy of Joe Biden’s presidency?’ If he can’t answer that with a ‘Yes’ then... https://t.co/lIvEubclpk

And as it turned out, Scalise’s interview illustrated exactly why people thought booking him was a bad idea.

The interview ended with host Jon Karl (subbing for George Stephanopoulos) asking a question he probably should’ve led with, given how it reflects the extent to which Scalise is living in a make-believe world. Karl asked him to affirm that “Joe Biden won the election, he is the legitimate president of the United States, the election was not stolen, correct?”

Scalise’s response indicated he is in fact living in a world of unreality.

“Look, Joe Biden is the president,” Scalise said, dodging the question. “There were a few states that did not follow their state laws. That’s really the dispute that you’ve seen continue on.”

Karl should’ve cut Scalise off here, as his claim about states not following “their own state laws” has been repeatedly rejected by federal courts. But instead of pushing back, Karl let Scalise proceed with trying to discredit Biden’s win.

At this point, Karl interjected. But instead of engaging with the merits (or lack thereof) of Scalise’s position, he just pressed him to answer the original question.

“Is [Biden] the legitimate president of the United States and do you concede this election was not stolen?” Karl said.

Scalise finally conceded that “once the electors are counted, yes, he’s the legitimate president.” But he never admitted the election was not stolen from Trump. Karl then brought the interview to a close, saying, “Alright, Congressman Steve Scalise, thank you for joining us on This Week.”

Karl’s soft treatment of Scalise — who earlier in the interview went as far as to refuse to acknowledge that Trump bears responsibility for the insurrection he encouraged — stands in contrast to how Stephanopoulos dealt with Sen. Rand Paul (R-KY) on This Week on January 24 when Paul made similar false claims about the election.

“There were 86 challenges filed by President Trump and his allies in court — all were dismissed,” Stephanopoulos admonished. “Every state certified the results after investigations, counts, and recounts. The Department of Justice led by William Barr said there’s no widespread evidence of fraud. Can you just say the words, ‘this election was not stolen’?”

"George, where you make a mistake, people coming from the liberal side like you, you immediately say everything is a lie, instead of saying there are two sides to everything" -- Rand Paul is still pushing The Big Lie pic.twitter.com/V6yg3rJG1i

Tactics aside, the broader question of whether TV news shows should continue to book Republicans who spread lies about the election is a complex one. But ABC’s handling of Scalise represented a worst of all worlds scenario where they’re not only invited on the air but allowed to lie with impunity.

On one hand, Scalise is the House Republican whip, and as an elected official with a leadership role in Congress, what he says is inherently newsworthy. The same can be said of other Trump loyalist Republicans who have recently appeared on the Sunday shows, such as Sens. Lindsey Graham, Ron Johnson, Mike Rounds, Paul, and others.

.@SenatorRounds is still pushing The Big Lie that Biden's win was tainted by fraud pic.twitter.com/rwtPFPa8QM

Donald Trump took the GOP down a path where its relationship to the truth is now more frayed than ever, but the fact remains that the party is just a handful of seats away from flipping its narrow minorities in the House and Senate into majorities. Viewed through that prism, the editorial decision to interview people like Scalise is defensible as a way to get powerful people on the record about their views.

On the other hand, however, the goal of news media on some level is to convey accurate information. Since Republicans are now in the habit of misinforming people about what happened in the 2020 election and other issues, one can argue it’s irresponsible to give them a platform to not only confuse the public conversation but to spread the very lies about the election that inspired the deadly January 6 insurrection.

Of course, the ideas that what Republican elected officials say matters but that they shouldn’t be given the opportunity to go on TV and lie with impunity aren’t mutually exclusive. It’s possible to use interviews as forums to hold them accountable for spreading baseless views.

A sterling example of this was an interview Erin Burnett of CNN held on January 21 with Rep. Nicole Malliotakis (R-NY), who voted along with Scalise against accepting the election results in the House following the January 6 insurrection.

As Malliotakis tried to spread conspiracy theories about last November’s election that are at odds with the facts, Burnett cut her off and said, “Do you feel that you sort of bought into a narrative here that we all know was completely false? I mean, [Trump] is out there saying 5,000 dead people voted in Georgia. Two dead people voted in Georgia. But it was rhetoric like that that got people like you on board. Do you feel you were duped?”

Malliotakis quickly retreated to circular arguments about how Trump supporters’ suspicion of fraud is evidence that it occurred — but Burnett called that out too.

“Those tens of millions of Americans think that it wasn’t fair because Donald Trump told them that, and that voice of Donald Trump was amplified by other people in power,” she said, alluding to Malliotakis’s complicity.

Rep. Malliotakis went on Erin Burnett's show and tried to defend her vote against certifying Biden's election win. It didn't go great for her. pic.twitter.com/PFxeTFBOFe

Conducting tough interviews like that makes it less likely that people like Scalise or Malliotakis will accept an invitation to come on your show next time. But at a time when Republicans are using lies about election fraud not only to delegitimize President Biden but also to push for changes to state laws that will make it harder for people to vote, there are more important things than achieving nominal partisan balance.