13-year-old wins diving championship, causing us to contemplate our youth 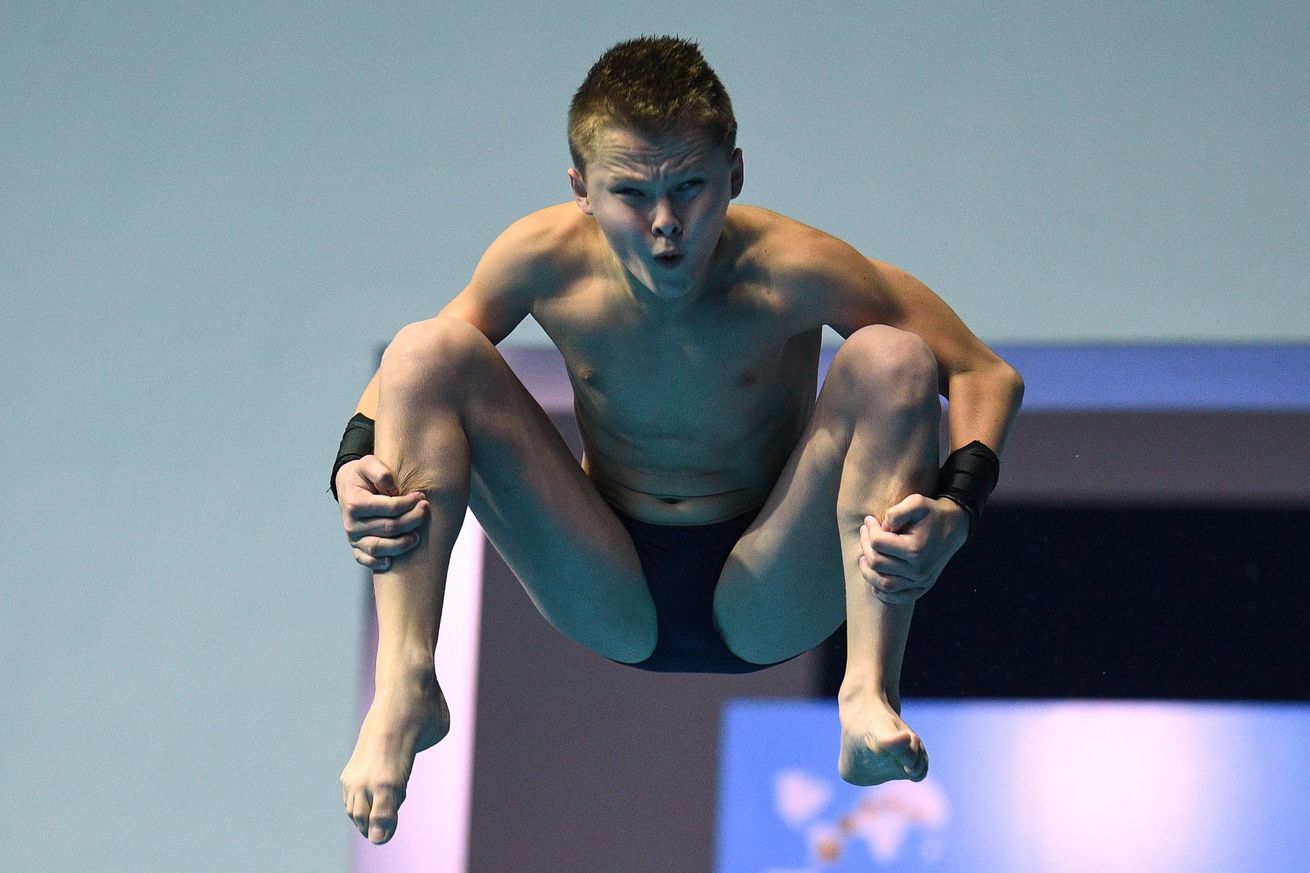 We’ll never be this accomplished.

On Monday 13-year-old Oleksii Sereda became the youngest diver to win the European Championship. Sereda broke Tom Daley’s record (which he also set at age 13), which stood almost as long as he’d been alive after being set in 2008.

There is precisely nothing that will make you feel older and less accomplished than hearing about a 13-year-old becoming a champion in anything, let alone being named the best diver in all of Europe. At this point we have two options:

Cry gently into our coffee and wait for the sweet release of death. Channel the pain into sharing our 13-year-old exploits in the hopes we can somehow feel better about ourselves. These are our stories.

When I was 13 I made a movie for Nickelodeon.

Yeah, a real, actually exists short film that I have a VHS copy of sitting on my bookshelf. I honestly don’t remember the contents that well. I know I did the voice over for the main character, and recall it being claymation — but what I remember the best was ruining the behind the scenes documentary they wanted to air alongside it. 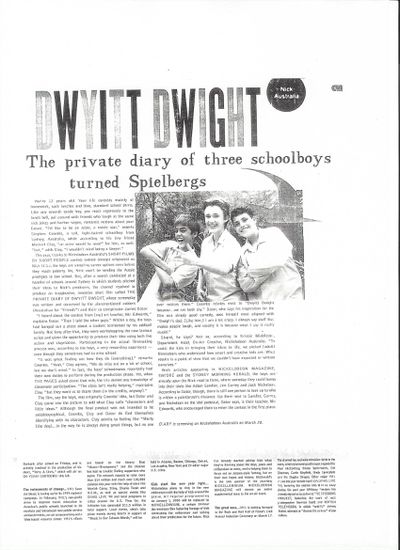 Nickelodeon in Australia were doing this thing called Short Films by Short People, and asked for pitches. I wrote a script along with some friends and we were selected, spending the summer working on the film.

Alongside the 3 minute film they wanted to air a short documentary where we told other kids how cool it was to work with Nickelodeon. It was cool, for sure. I remember the animator hated us. I also remember getting yelled at by the producer because I turned up at the studio in a Stone Cold Steve Austin shirt one day. She was normally very chill, but absolutely went off on me because they couldn’t use any footage from that day and didn’t want to blur my shirt. It turns out those suits at Big Gak weren’t okay with an angry bald man standing on a turnbuckle flipping people off.

When I was 13 I just wanted to go through puberty really badly.

I was really short and my voice still sounded like a child’s and did I mention that I was really short. Honestly I wasn’t asking for all that much at that point because I was still in middle school. An armpit hair would’ve been huge. But no, I was just really short and had to play against like full-grown-men type of 8th graders in basketball and that was no fun.

Shoutout to the kid who did the diving record, because at 13 I was just whiny and short as hell.

When I was 13 I was an active member of a Christina Aguilera fan message board.

First off, yes it was a message board. It wasn’t even Tumblr. It was a message board. The internet was very different back then. Sometimes Christina’s mom Shelly would hop online to talk to us. We speculated over dating and eventual breakup rumors with her backup dancer Jorge. Or the stories fans would bring back from tour. It was always the busiest at night, and you never wanted to miss a big night. Just like you never want to miss NBA Twitter during a big game. If you logged back on later, the FOMO was too strong.

Anyway, her debut album is currently celebrating is 20th Anniversary and I have no idea where my life went. But I kind of miss only caring about what new posts had been made on that message board while I was at school.

I have already revealed way too much about my youth for this website, which you can read about here. Here’s just an excerpt from 13-year-old me:

My Hobbies- Sports and hangin’ around are my hobbies. When I’m with friends we always play basketball, or football, or soccer, or some sort of sport. Following all sports is fun to. It’s like watching a masculine soap opera. Hanging around is always fun, I’m a pretty lazy guy so that’s what I do most of the time. It’s always fun to go the mall or downtown and talk to people, just random people. I have made many friends that way, and enemies.

This is only maybe the third most embarrassing thing on that website. Which you can still go to. But please don’t it’s humiliating. Here’s the link again.

When I was 13 I was an active member of an MVP 05 message board.

My family had just moved to Norway, I didn’t speak the language yet and nobody else cared about baseball. But I had my PS2 and MVP 05, and I found a message board of other (mostly) teens who loved the game (a few of whom now also work in sports media, shouts out to them). I started taking requests for custom create-a-players (CAPs for short) of historical baseball players or prospects that weren’t in the game, and I had a way-too-big excel sheet where I had formulas for how to determine what each rating in the game should be based on the player’s stats at different levels of baseball.

Game’s still great, by the way. And now I have way-too-big spreadsheets for Football Manager, instead. They’re color-coded now, which technically counts as personal growth.

When I was 13 the Chicago Bears taught me sports pain.

Being the ultimate Jay Cutler apologist, I believed the Chicago Bears could compete for the NFC North title in 2011. The season started off great with Chicago starting off 7-3. They had a last second pick six to beat the Panthers, crushed the Vikings on Sunday Night football, and saw Matt Stafford throw DJ Moore down by the helmet which in turn sparked a brawl. Life was great.

But then Cutler broke his thumb against the Chargers and the Bears lost five of their next six games to miss the playoffs. The losses didn’t bother me that much as much as the way they lost. Caleb Hanie took one step too extra when taking a spike, inciting a penalty and running out the clock against the Raiders. A completed Hail Mary was enough for the Chiefs to beat us. Then the Tim Tebow game happened. In what was one of the ugliest games I have ever seen, the Bears had a chance to run out the clock and get this win out of the way. But Marion Barber decided it was smart to run out of bounds with less than two minutes left. Oh, and all of these games happened in a row. 13 year old me was crushed at how the Bears could continue to break my heart every week. I can only imagine the look on my face if Double Doink happened that year instead.