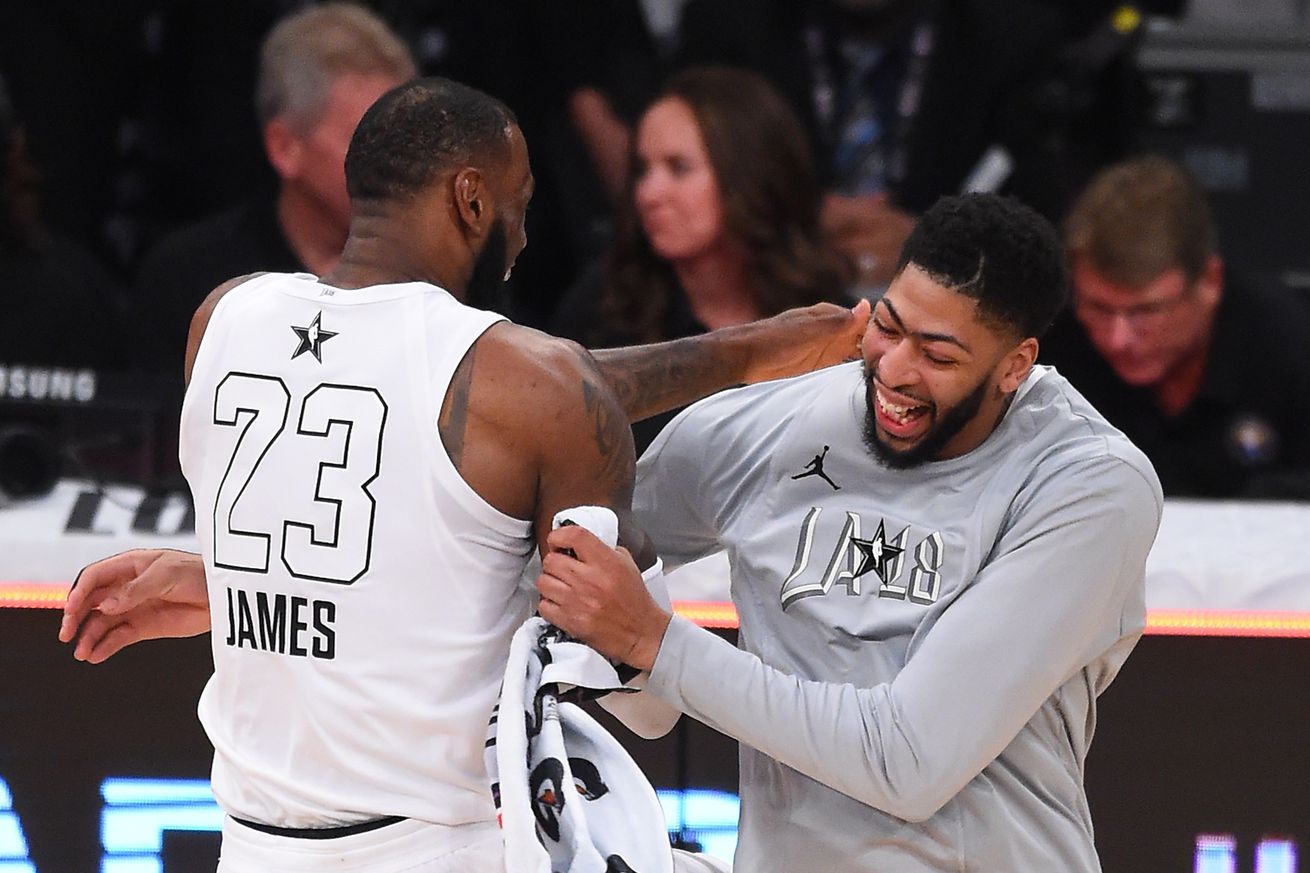 The biggest winner may not be Davis himself.

Finally, Anthony Davis is a Los Angeles Laker. The months-long saga that ruined multiple teams’ seasons and featured countless leaks ended as everyone wanted, with Anthony Davis in L.A. and the New Orleans Pelicans securing most of what was once the Lakers’ bright future.

The trade sent Davis to Los Angeles for:

What a way to start what should be a wild offseason. Here are the winners and losers of this huge deal.

Davis was the star traded, but Paul became this drama’s main character. To many, he was the shadow puppet that was maneuvering Davis to Los Angeles 18 months before Davis’ contract expired. He was the one who chose to make his client’s trade demand public. He was the one who shamelessly admitted he didn’t want Davis to have anything to do with the Celtics, who had been linked with Davis for years. He, of course, is LeBron James’ best friend and agent, and James had the most to gain from Davis coming to L.A.

He took intense criticism for all that — not just from Pelicans fans, but also from others around the league who wondered if his aggressive approach would end up backfiring. Trade negotiations in February were so public that they threatened to damage the working relationship of the two teams Paul needed to cooperate to steer his client to his preferred destination. His strong-arm tactics could easily have backfired.

Instead, Paul got what he wanted. Davis is a Laker, the Celtics are left with nothing, and any collateral damage was either irrelevant or nonexistent. The ends justified the means.

They had to get this trade done, no matter the price. If they didn’t, they would have wasted the end of LeBron James’ career, because no other top free agent was going there with the roster in the state it was. They simply couldn’t afford to wait on Davis’ free agency in 2020.

But now, they immediately vault back into the picture for any max-level free agent this summer, likely ahead of the crosstown rival Clippers. Depending on when the Davis deal is officially completed, L.A. should still have space to add a third star, like Charlotte’s Kemba Walker, or even someone better.

This is a total haul. Ball and Ingram have All-Star potential, and should slot well next to Zion Williamson if they’re not traded for more help. Hart should play a role, too, and the three additional first-round picks (plus the two pick swaps) will only sweeten the quick rebuild New Orleans has in place.

They may not have received the All-Star they sought, but the future is bright.

The Celtics, long the favorites for Davis, weren’t able to trade for him during the regular season due to a CBA quirk involving Kyrie Irving’s contract. The Lakers’ and Pelicans inability to strike a deal before the deadline breathed life into Boston’s hopes, but then Boston’s season went down the drain.

In the end, the Celtics still lost out on Davis, and now those stakes are sky-high with Irving’s potential departure. There was some hope that an AD trade would keep Kyrie in town, too. Not so much anymore, and because of that, they couldn’t risk putting Jayson Tatum in their trade offer.

As lovely as New Orleans is, it doesn’t have the big market appeal like L.A., and who knows what influence he’ll have on the Pelicans management. On the Lakers, Lonzo took the spotlight next to LeBron. In New Orleans, he’ll be just another kid next to Zion Williamson.

Of course, none of that stopped him from talking his talk.

LaVar Ball on the Lakers trading Lonzo Ball: ‘I guarantee... it will be the worst move the Lakers ever did in their life and they will never win another championship. Guarantee it.” pic.twitter.com/Q1pxopsEdP

Down goes a potential summer All-Star suitor, and even worse, to the Lakers. All eyes on Kawhi Leonard.

Just because of this.

Without this trade, there was a real possibility that James’ twilight would be irrelevant. There was even loose talk that the Lakers would be better off trading him and starting over! (It was very loose talk).

Now, he has a new lease on life, along with possibly the best running mate he’s ever had in his career. (Apologies to Dwyane Wade).

The devastating injuries to Kevin Durant and Klay Thompson allowed these teams to dream of a conference that was wide open. Even if the Warriors had kept their two star free agents, they weren’t going to play much next year.

Instead, the Lakers are now the clear favorites, and those teams may need to make a bold move to catch up.

The Davis trade occurred just two days after Walker said he’d take less than the super max if it helped Charlotte win. Now, The New York Times’ Marc Stein is reporting the Lakers are eyeing Walker as the third prong to their Big 3.

The Hornets now have no choice but to offer Walker the $221 million supermax contract, or watch him leave for sunny skies, golden grass and championship aspirations on West. The All-Star point guard is in a win-win scenario. Anthony Davis’ trade helped make this a reality.

Oh yeah, he’s the one that got traded to his preferred destination.