As the country reopens, black workers are getting left behind 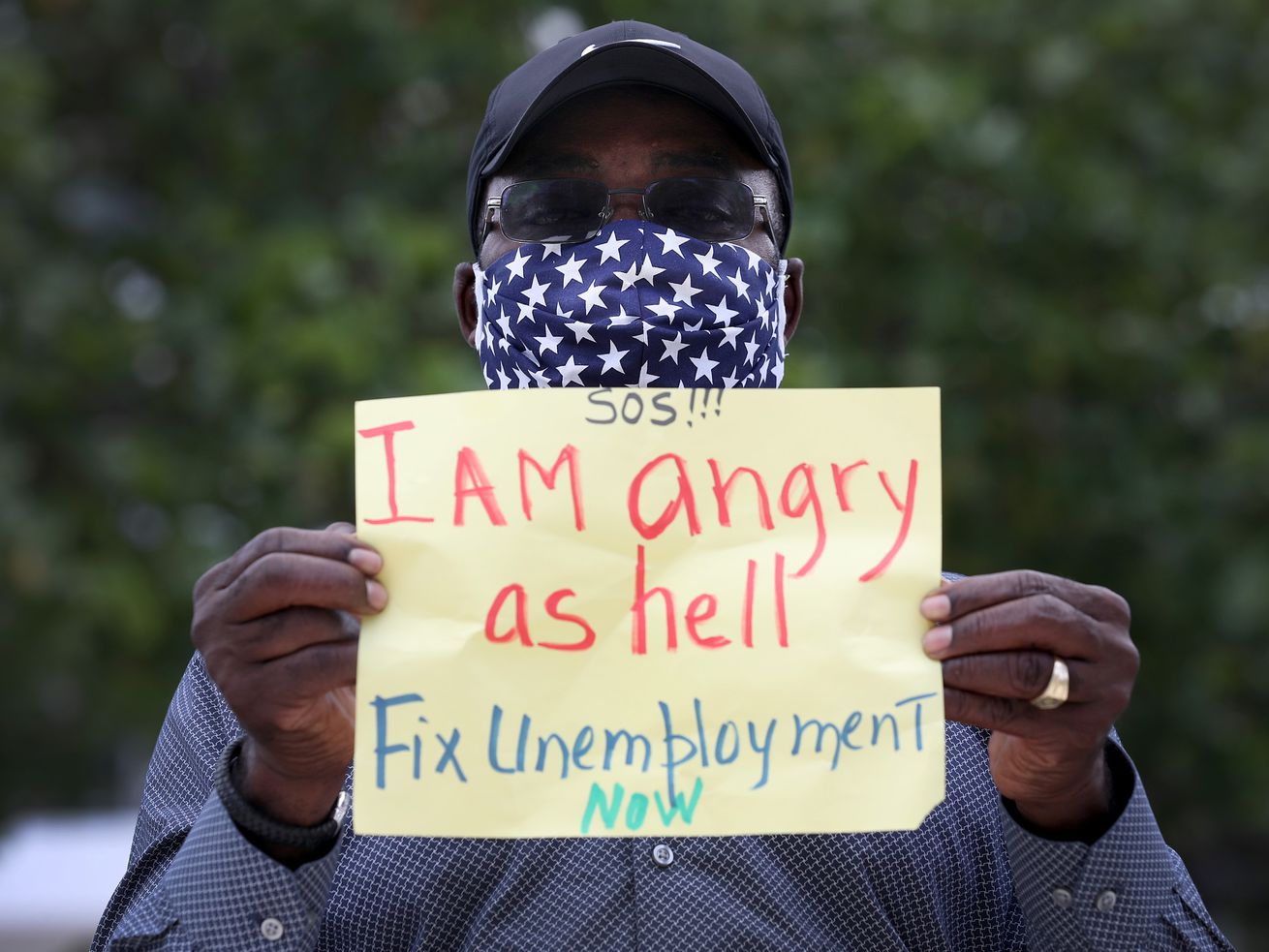 Despite an overall drop, the black unemployment rate went up in May.

As businesses around the United States begin to reopen amid the Covid-19-related economic collapse, the overall unemployment numbers in the US have improved, according to the Department of Labor’s May jobs report. But while the unemployment rate for most groups went down, it rose slightly for Black Americans.

The economy gained about 2.5 million jobs in May as the unemployment rate fell to 13.3 percent from a high of 14.7 percent in April, according to Department of Labor data released Thursday.

Despite the bounce back, these are still the worst jobs numbers since the Great Depression. Broadly, however, the figures were seen as good news, particularly given economists had estimated that there would be about 7 million lost jobs in May, with a recovery only beginning once states and businesses began to reopen. Many economists predicted there wouldn’t be a V-shaped recovery, meaning sharp losses followed by quick regains, which would look like a V on employment charts. Although the US economy is far from a full recovery, that is exactly what the job gains looked like Friday.

The statistics were seen as so positive that President Donald Trump suggested Friday that George Floyd, a Black worker who lost his job because of the pandemic before dying at the hands of Minneapolis police, would be “smiling down” at the falling unemployment numbers.

But not everyone benefited from a strengthening economy: The Black unemployment rate rose slightly, to 16.8 percent, up 0.1 percent since last month.According to the Bureau of Labor Statistics, this means 3.3 million Black Americans were unemployed in May, compared to 3.2 million in April, and 1.2 million in January.

One reason for these results is that the coronavirus pandemic has hit the hospitality, service, and retail job markets particularly hard, all of which disproportionately employ Black and Latinx workers. Black unemployment would likely be even greater except for the fact that people of color are generally overrepresented among workers deemed essential, such as transit and grocery store employees.

Still, according to the Department of Labor data, fewer than half of working-age Black people are currently employed, which has made it difficult in many cases to pay regular bills right now — a Pew study conducted in April found 48 percent of Black Americans reporting trouble with paying bills, the most of any ethnic group.

Besides hitting Black workers hard in the wallet, the pandemic has also had a disproportionate effect on Black people’s health. According to Centers for Disease Control and Prevention data, Black people have been affected by Covid-19 at a much higher rate than their white counterparts.

Nationwide, about 30 percent of Covid-19 patients are Black, even though Black people only make up 13 percent of the overall population. Black people’s susceptibility to the virus was shaped by a long history of discrimination and marginalization in health care access, as Vox’s Anna North explained:

[B]lack Americans are more likely to have underlying conditions because of widespread racism and inequality, experts say. Many differences in health outcomes in America are “produced by access to things like adequate time to prepare healthy foods at home” and “adequate money to not be working three shifts and have really high stress levels,” Lynch said — access that white people are just more likely to have. As [Fabiola] Cineas notes, 22 percent of black Americans lived in poverty in 2018, compared with 9 percent of white Americans.

Beyond poverty, a number of factors contribute to poor health among black people, from racism in medical settings to the physical health effects of discrimination. Redlining and other forms of housing discrimination have made black Americans more likely to live in neighborhoods affected by environmental contamination, which federal and state officials have been slow to respond to, in turn raising rates of chronic illness.

These health and economic crises come as a spotlight has been put on yet another crisis: that of police violence. There have been mass protests demonstrating, in part, against such violence, sparked by Floyd’s death — a man who had Covid-19, lost his job because of the pandemic, and then was killed by police. Recognition of these three crises: health, economic, and existential has led to Americans breaking quarantine, and potentially risking their own health with respect to the virus, to protest police violence and racism, broadly — including the sort of systemic racism that leads to jobs numbers like the ones seen Friday.

Every day at Vox, we aim to answer your most important questions and provide you, and our audience around the world, with information that has the power to save lives. Our mission has never been more vital than it is in this moment: to empower you through understanding. Vox’s work is reaching more people than ever, but our distinctive brand of explanatory journalism takes resources — particularly during a pandemic and an economic downturn. Your financial contribution will not constitute a donation, but it will enable our staff to continue to offer free articles, videos, and podcasts at the quality and volume that this moment requires. Please consider making a contribution to Vox today.