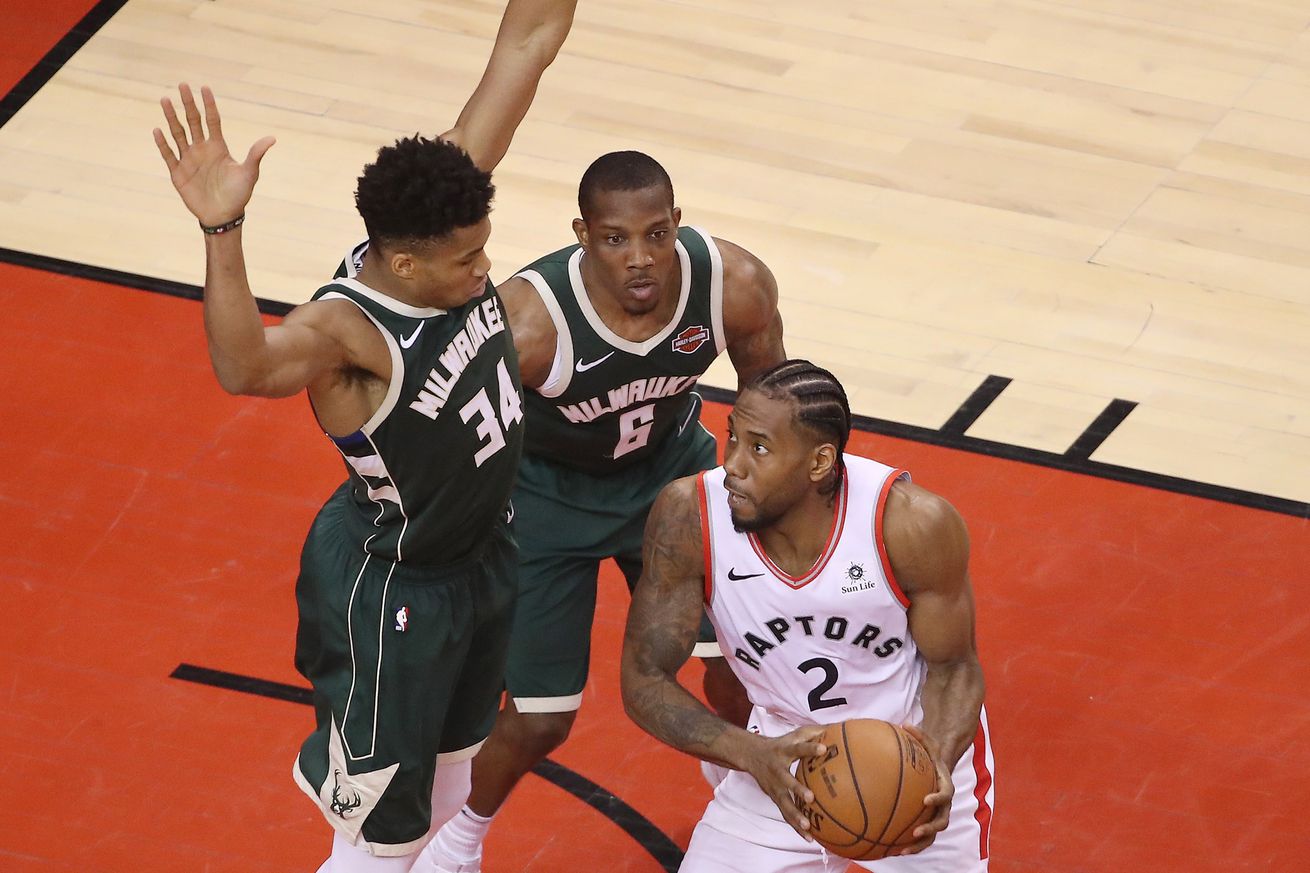 The Milwaukee Bucks can take a 3-1 lead in the Eastern Conference Finals with a road win over the Toronto Raptors as small betting favorites on Tuesday.

The Milwaukee Bucks are 10-2 straight up and against the spread so far this postseason. After losing for just the second time in these playoffs on Sunday, the Bucks will try to take back a commanding series lead on Tuesday with a victory over the Toronto Raptors in Game 4.

Milwaukee is a 2-point road favorite on the NBA odds at sportsbooks monitored by OddsShark.com. The Bucks had gone 3-0 SU and ATS in their previous three games against Toronto before Sunday’s overtime loss.

Giannis Antetokounmpo had his worst game of the postseason in Game 3, turning the ball over eight times and shooting just 5-for-16 from the field and 2-for-7 from the free-throw line before fouling out with only 12 points on the night.

Kris Middleton also had a terrible game going just 3-for-16 from the floor for nine points. Despite the ugly performances from the team’s top two offensive stars, the Bucks still managed to force two overtimes before eventually falling short in a 118-112 loss.

Kawhi Leonard has been at the center of most of Toronto’s big wins this postseason and Sunday was no exception. Leonard scored 36 points and added nine rebounds and five assists in the win.

Pascal Siakam also had a nice game with 25 points and 11 rebounds. Toronto’s defense looked more like its old self at home allowing only 96 points in regulation to one of the league’s most explosive offenses. The Raptors are 1-4 ATS in their last five home games against Milwaukee per the OddsShark NBA Database.

Game 4 has the chance to define the series. If Milwaukee shakes off its rough offensive night and picks up a win in Toronto, it’s difficult to see the Raptors getting past Game 5 in Milwaukee, much less stealing three straight games to win the series. But if Toronto wins this one, the Raptors will have planted a legitimate seed of doubt and transformed the series into a best-of-three. This should be a good one.

For more odds information, betting picks and a breakdown of this week’s top sports betting news check out the OddsShark podcast. Subscribe on iTunes or Spotify or listen to it at OddsShark.libsyn.com.