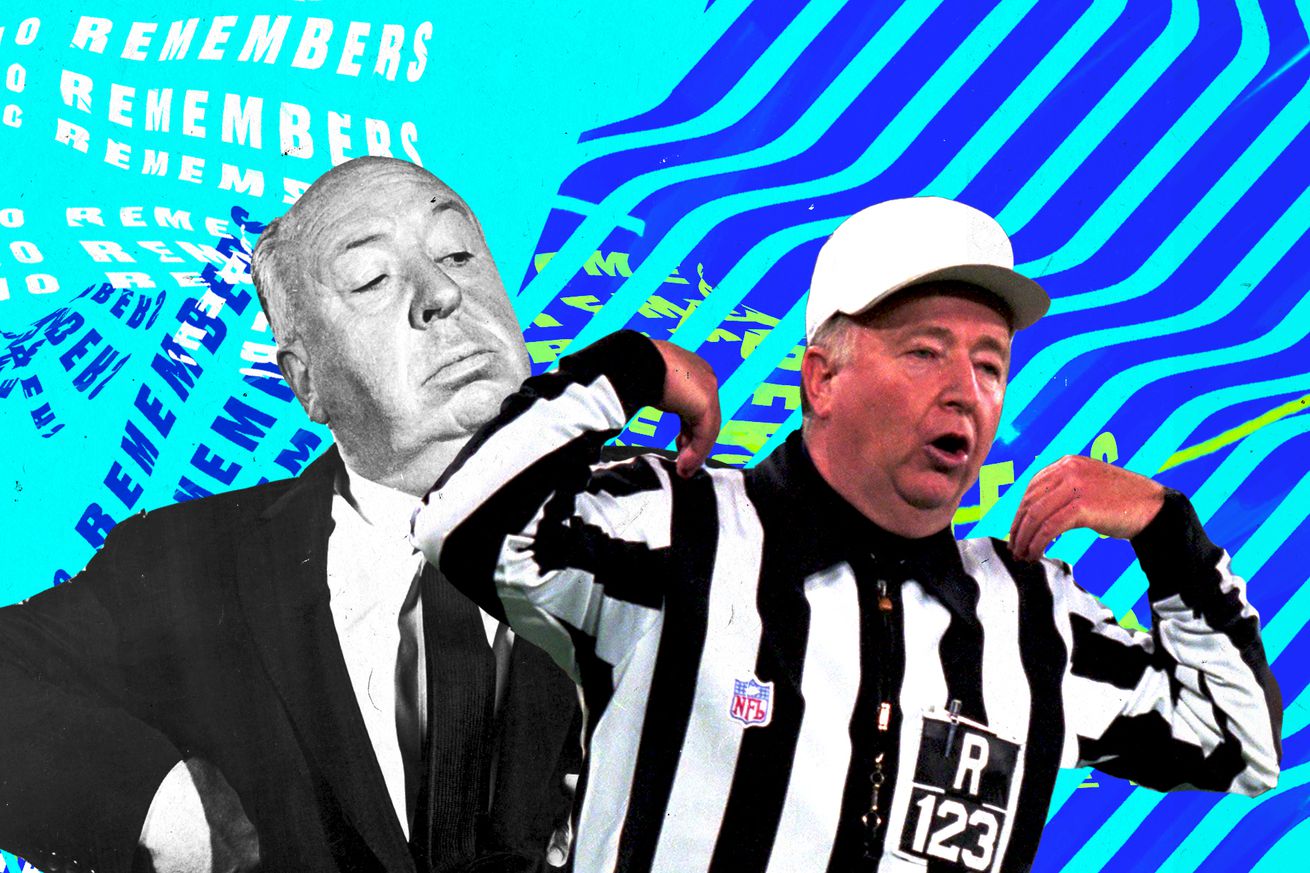 Miller’s time in the broadcast booth was largely a bust, so no one really remembers this one highlight.

Even almost 20 years later, it’s hard to explain why the Dennis Miller era of Monday Night Football existed in the first place.

MNF had just, thankfully, dumped Boomer Esiason and was looking for a color commentator to replace him. Hoping to inject some buzz — and the higher ratings that usually follow — to the program, Miller, a comedian, got the job, joining Al Michaels and Dan Fouts in the booth.

At the time, Miller was best known for his lengthy run as the anchor of Saturday Night Live’s Weekend Update, playing Sandra Bullock’s therapist/former lover in the 1995 cyber conspiracy theory film The Net, and his rant-infused HBO talk show that greeted the audience each week to the always-welcomed sounds of Tears for Fears’ “Everybody Wants to Rule the World.”

Miller, by all reports, nailed the MNF audition. He knew the sport and was quick with a quip. Once the cameras started rolling, though, he went way too heavy on arcane references, leaning on his schtick that was best summed up by this SNL skit with Jimmy Fallon, Will Ferrell, and Darrell Hammond.

Football fans aren’t idiots. They didn’t like Jason Witten and his less-than-astute observations on MNF for similar reasons: They want insightful analysis and for the focus to be on the game itself. The announcers are supposed to add to the experience, not take away from it. Football always comes first.

There are exceptions, of course — including what was Miller’s best moment in his two-season stint on Monday Night Football.

There was nothing special about a Week 4 game between the Rams and Lions in 2001. It was no surprise that the Greatest Show on Turf pulled out the game without breaking much of a sweat. The Rams entered the game undefeated, well on their way to the 14-2 record they’d end up with that season. The Lions were their mirror opposite. They had yet to a win a game at that point and would go on to finish the season at a very Lions-in-the-aughts 2-14.

It was also Oct. 8, 2001, less than a month after 9/11. Life was hazy, as the entire country was still trying to figure out what the new normal looked like.

The final score was 35-0, by all intents a snoozer and not worth remembering in the slightest. The game’s one saving grace came when the camera panned to referee Tom White, who was giving the official explanation for why he threw a flag.

This wasn’t a reference to the Delian League to prove he was smarter than everyone else, or an off-color remark about how you usually only see lions getting rammed like this on nature shows.

It was also years before actress Tippi Hedren revealed that Hitchcock wasn’t just an obsessive weirdo to her, but a sexual predator, so the tone wasn’t inappropriate.

In this moment, it was a joke that worked on a few different levels:

1. It was true. White did bear an uncanny resemblance to Hitchcock: 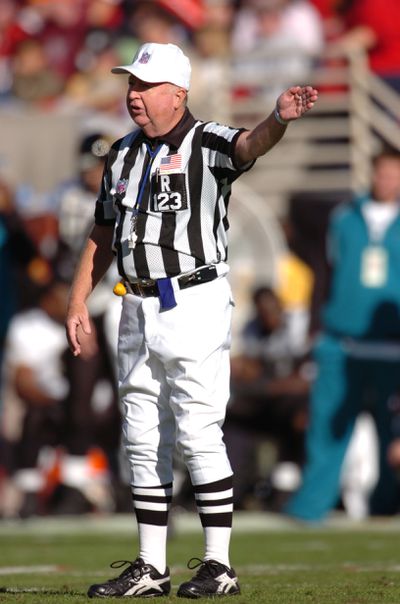 2. Most of the MNF audience would have understood the reference. You don’t have to be a movie buff to know who Hitchcock was. Plus, many of the older fans would’ve watched Alfred Hitchcock Presents when it aired, while younger ones might have caught the reruns on Nick at Nite.

3. Miller followed up his original crack with a “good eeeeeevening” Hitchcock impression. My memory is not perfect on this, and because no one bothered to upload a 35-0 Rams-Lions game on YouTube, I can’t verify when this happened. It was either during the same call, or as a pretty solid callback later on in the game when White was explaining a different penalty. Either way, that’s good joke structuring.

4. The game was essentially a Thursday Night Football poopfest before Thursday Night Football originated. It wasn’t entertaining to anyone except Rams fans, and at that point, the announcers should have a little fun with the audience and try to keep them tuned in. A passing reference most viewers could appreciate was one way to wink at them, not talk down to them, and it was one time that Miller nailed it.

After that season, Miller and Fouts were fired, paving the way for Al Michaels and John Madden to team up for a successful run on Monday Night Football and later Sunday Night Football. Miller went on to appear in a few movies — including both Joe Dirt and its sequel — and took a sharp political turn to the right and became a regular guest on The O’Reilly Factor, now canceled in every sense of the word. Currently, Miller hosts a podcast, if you ever want to hear his opinions on topics like the USWNT or “Trump as a brand” (I do not).

Miller’s Hitchcock ad-lib was an inconsequential moment and mostly forgotten, simply an actual footnote on Tom White’s Wikipedia page. It doesn’t epitomize Miller’s brief tenure in the broadcast booth, which was largely viewed as a bust, but it’s the one I always think of first whenever his time on Monday Night Football is mentioned.