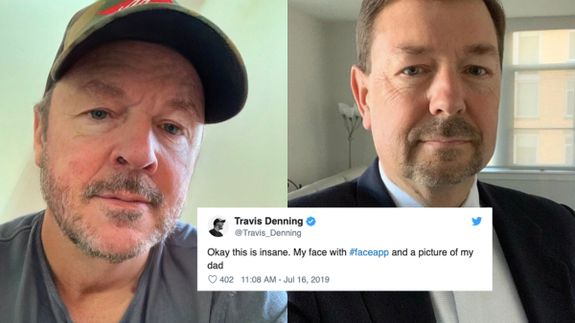 FaceApp's trending new aging filter has people comparing AI-aged photos of themselves with their parents' photos. Using neural networks, the app guesses where you'll wrinkle, where your hairline will recede to, and what parts of your face will sag over the years.

Twitter users compared their FaceApp selfies with photos of their actual parents, or posed next to them. For many — most of whom are men — the results are uncanny.

Happy 62nd birthday to my dad! Here’s a picture of him at 61 and me probably at 61. He’s on the left #FaceApp pic.twitter.com/kJ37rAxiw5