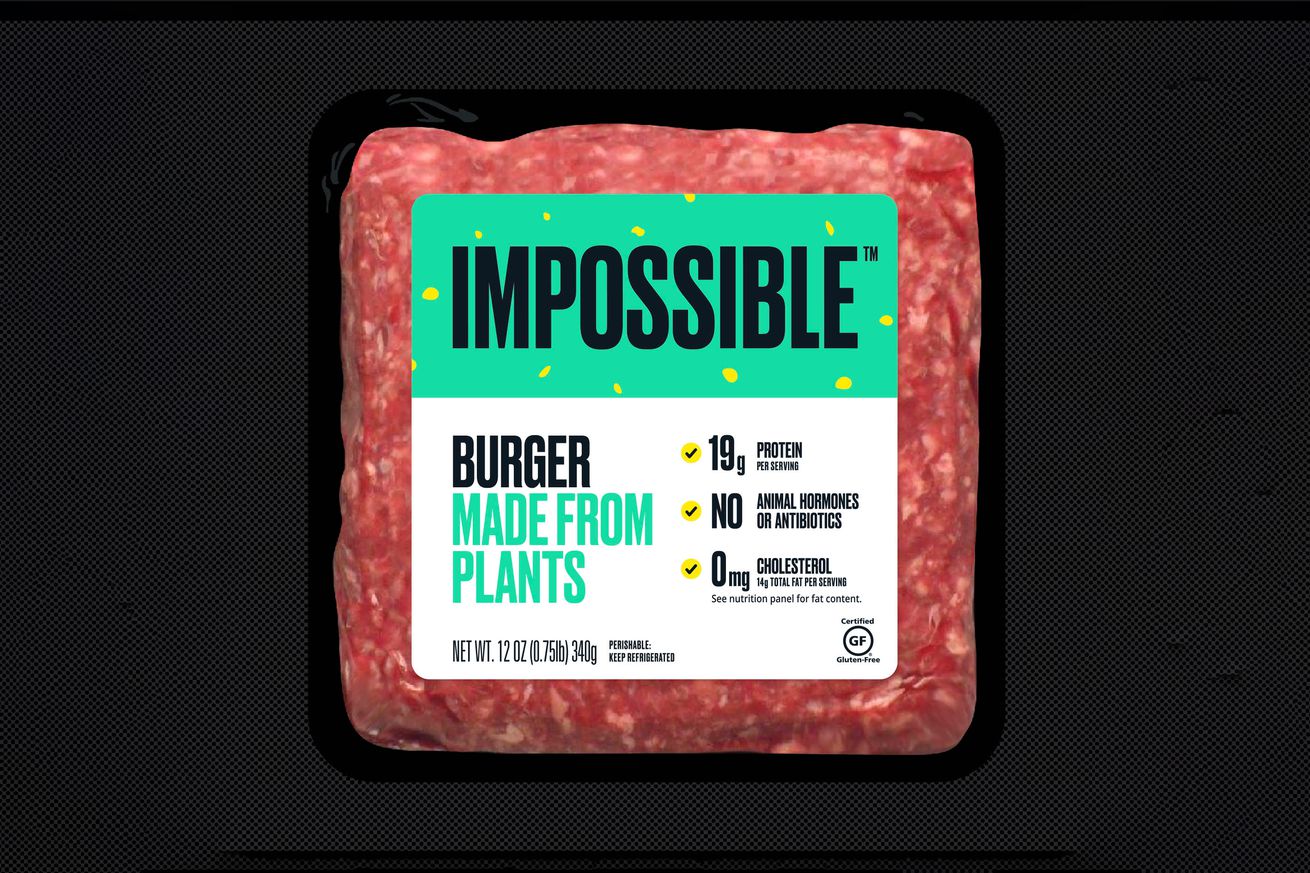 The Impossible Burger, a meat-free burger that’s previously only been available in restaurants, will be available to buy in grocery stores for the first time this week. Starting tomorrow, September 20th, you’ll be able to buy the plant-based burger in 27 Gelson’s Markets stores in Southern California. Impossible Foods says it will bring the burger to more grocery stores — including some on the East Coast — later this month, and it plans to reach every region of the US by the middle of next year.

The launch brings Impossible Foods into even closer competition with Beyond Meat, which already sells its own meat-free burger in grocery stores in addition to restaurants. When it announced its latest burger back in June, Beyond Meat said that it was available to purchase in stores, including Whole Foods, Kroger, Safeway, Publix, Wegmans, Target, and Sprouts. Compared to this list of chains, Impossible Foods is lagging behind in selling its burgers directly to home cooks.

Impossible Foods has been teasing the retail release of its Impossible Burger for the past week, encouraging its followers to guess which city the burgers will debut in. It inadvertently spoiled the surprise on Tuesday, however, when it announced that its in-store launch would be taking place in Westfield Century City in Los Angeles.

Both Impossible Foods and Beyond Meat already sell their burgers to restaurants. Impossible Foods says its burger is now available in over 17,000 restaurants, including more than 7,000 Burger King locations. Meanwhile, Beyond Meat provides Carl’s Jr. with veggie burgers, Subway with meatballs, and it’s also working with KFC on a new plant-based “chicken” recipe.

The Impossible Burger will be available in 12-ounce packages for $8.99 each, and Gelson’s Markets is limiting customers to purchasing 10 packages per visit. The limitation may be disappointing for the most die-hard Impossible fans, but given the reports of meat-free burger shortages that The Wall Street Journal reported earlier this year, it’s not entirely unexpected.