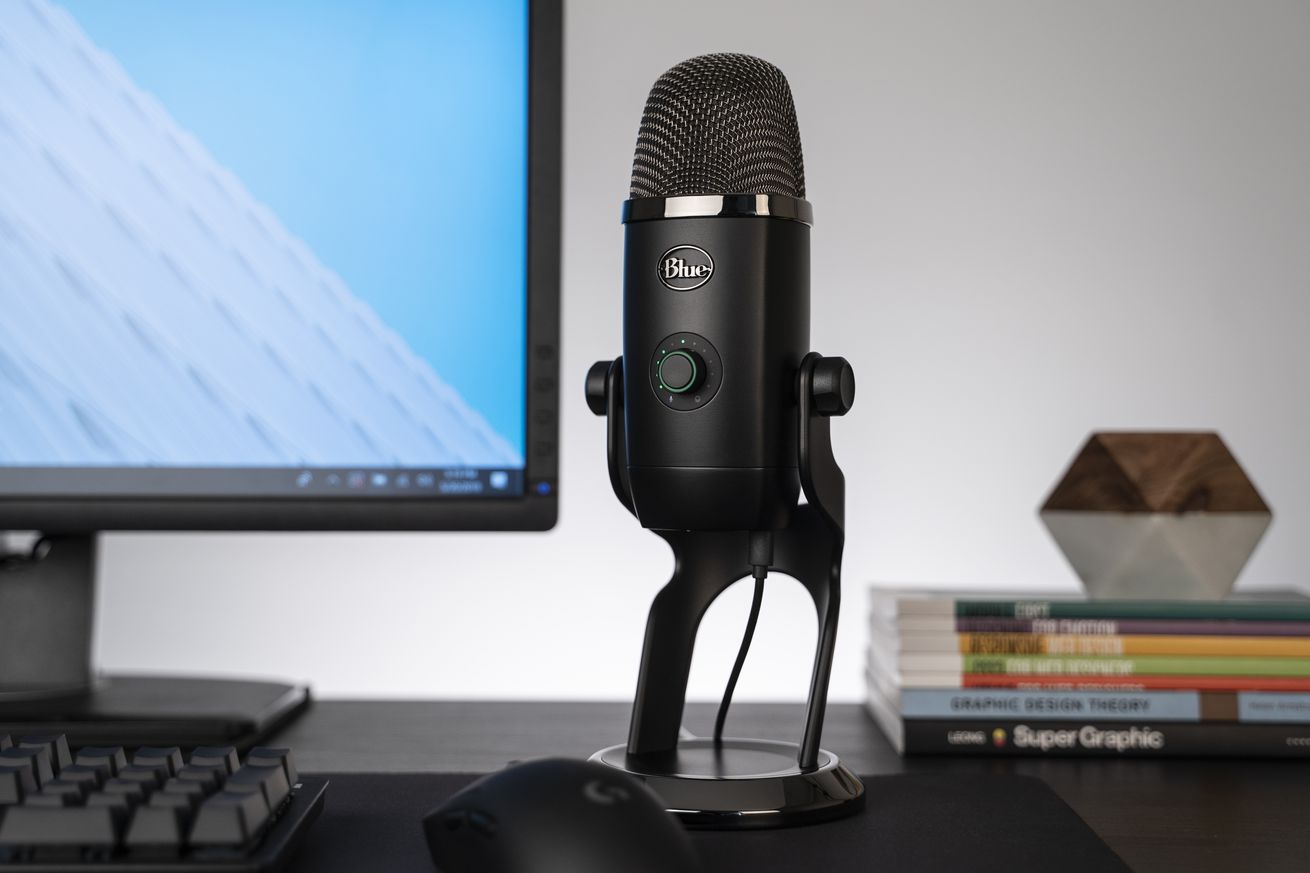 Blue’s latest USB microphone, the Yeti X, is aimed directly at streamers, podcast hosts, and other content creators. The most visible upgrade: real-time LED metering on the microphone itself, letting you know when the gain is too quiet (or in the red) during your recording.

The big knob on the face of the new mic is its command center, and you’ll probably use it a lot to adjust levels and switch between its three modes. In addition to displaying the metering, the knob can turn up the gain on the microphone, and as you might expect, it’ll mute if you click it inwards. 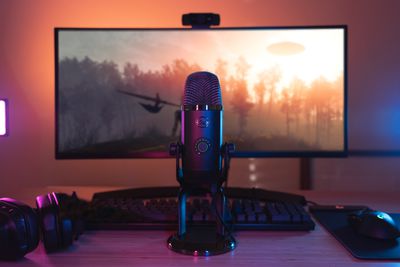 You can also cycle between two other modes by holding the knob in for two seconds. One controls the volume, and the other is blend mode, which lets you find the perfect balance between, say, your gameplay audio versus your commentary. Blend is perhaps the most useful and welcome feature on the Yeti X, since that usually requires software or a separate hardware audio mixer, though it may still not be enough to tempt existing Yeti owners to upgrade.

Logitech’s new Blue Voice software (previously spotted on the Logitech G Pro headset) also lets you tweak the EQ of your voice, then save it to a preset. The software offers several pre-made options, but you can also customize them, then swap when the situation calls for a different sort of vocal style.

Like Blue’s previous microphones, you’ll find another knob on Yeti X’s rear that changes how it records sound. This model has four mic capsules arranged inside, up from three, and you can turn the knob if you’d like to switch from recording just yourself to recording a group of people surrounding the mic. Here’s more about the four modes, as detailed by Blue:

Cardioid mode captures sound sources that are directly in front of the microphone, omni mode picks up sound equally from all around the mic, bidirectional mode records from both the front and the rear of the microphone while rejecting the sides, and stereo mode uses both the left and right channels for capturing immersive audio experiences.

The Yeti X is compatible with Windows and macOS computers, as well as most Android phones via a USB-C adapter, says Blue. With 24-bit/48kHz resolution and no analog XLR connector, it’s not quite as versatile as Blue’s $250 Yeti Pro, but it also doesn’t cost quite as much. It’ll launch in October for $169.99.