The Steelers, somehow, are in the driver’s seat for a playoff spot 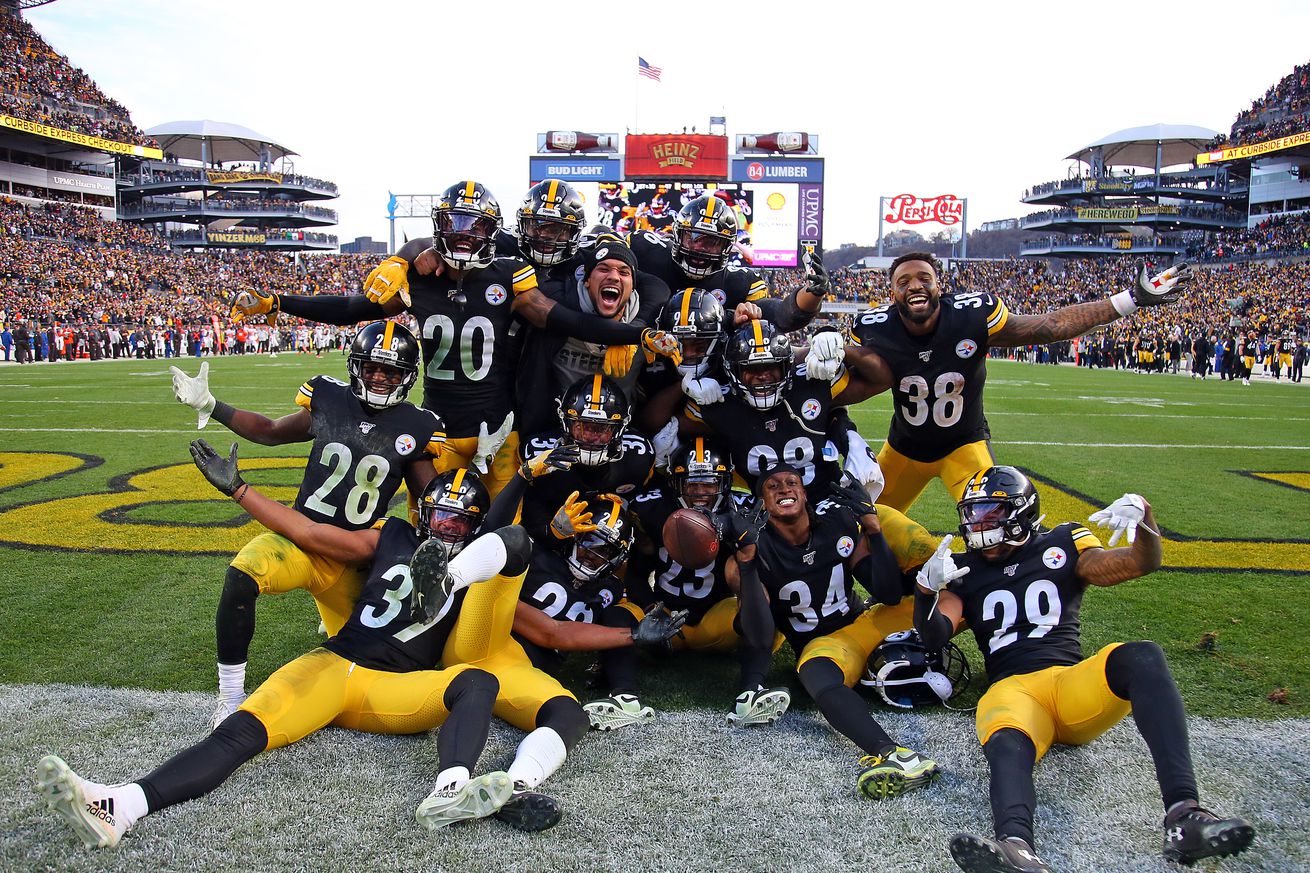 Despite all the setbacks, Pittsburgh can control its own destiny. Will the Steelers get it right this time?

The Pittsburgh Steelers improved to 7-5 on Sunday following a pivotal 20-13 win over the Cleveland Browns. With the victory, the Steelers are in a good position after Week 13. They’re currently projected to be the sixth seed in the AFC, and with a couple more wins, the Steelers can lock down a playoff spot

That’s been quite the turnaround from where they were two months ago. The season got off to a rocky start, as Pittsburgh went 2-4 before heading into its bye week.

But what’s more impressive is how Pittsburgh has been able to win — both in back-to-back weeks and throughout the season — given its circumstances. Most of the credit for that should go to head coach Mike Tomlin, who’s managed to keep his team focused and motivated despite a lot of ups and downs.

It’s been an eventful season for the Steelers, to say the least.

In the offseason, the Steelers cut ties with two of their best offensive players, Le’Veon Bell and Antonio Brown. Since the season started, Pittsburgh has had its fair share of setbacks. The first big blow came during Week 2, when franchise quarterback Ben Roethlisberger went down with a season-ending elbow injury.

Roethlisberger’s backup, second-year quarterback Mason Rudolph, hadn’t played in the regular season before his Week 2 debut. Rudolph then missed the Steelers’ Week 6 game against the Chargers, but his backup, undrafted free agent signee Devlin Hodges (who you’ll be hearing about again), was able to get a 24-17 win in place of Rudolph.

Since that game, the Steelers have lost the following players due to either injury or suspension:

The Steelers’ only loss in their last seven games came to the Browns on Nov. 14. Although that game was overshadowed by the fight between Rudolph and Browns pass rusher Myles Garrett, it also shined a light on what wasn’t working for them: Rudolph at QB.

The Steelers switching from Rudolph to Hodges has given the offense more of a pulse.

The Steelers were winning games in spite of, not because of R,udolph. In his last five starts, Rudolph threw seven picks and had another three fumbles.

Tomlin made the decision to bench Rudolph for Hodges during Pittsburgh’s game against the Bengals in Week 12. The Steelers came back to win and then Hodges was named the starter in the rematch with the Browns. Tomlin’s reasoning was simple, yet incredible:

Why Devlin Hodges?
Tomlin: "He has not killed us."

In the last two games, Hodges has thrown for 330 yards, two touchdowns, one interception, and has a passer rating of 102.3. These numbers aren’t extraordinary, but he’s led an offense dealing with a lot of injuries to some much-needed production — and he’s keeping the mistakes at a minimum. He’s now 2-0 as the starter, which is a rare feat even with Pittsburgh’s history of QBs:

.@DevlinHodges10 is only the 3rd @Steelers quarterback in the Super Bowl era to win each of his first 2 career starts.
He joins Mike Kruczek in 1976 and Ben Roethlisberger in 2004.#CLEvsPIT | #HereWeGo

Hodges has also shown good chemistry with receiver James Washington, which has helped the second-year receiver finally put it all together.

With Rudolph, Washington’s best game was against the Rams in Week 10, when he had six catches for 90 yards and a touchdown. In the last two games with Hodges as his main quarterback, Washington has had 209 yards and two touchdowns on 11 targets, including a career-high 111 yards against Cleveland Sunday. He already has 578 receiving yards and three touchdowns on the season — more than doubling his numbers as a rookie.

The Steelers are getting back to their defensive roots.

Pittsburgh’s defense is really the heart and soul of this team, and is a huge reason for its success in the second half of the season.

The unit is fifth in the league in yards per play allowed, seventh in passing defense, and seventh in scoring defense. It’s scored three touchdowns this season, too.

The defense’s efforts have been the driving force behind the Steelers’ close wins. Their last four wins have been decided by seven points or fewer. In Pittsburgh’s last three games, the Steelers are allowing just 4.3 points per game in the second half, a figure that’s second in the NFL.

Linebacker T.J. Watt and safety Minkah Fitzpatrick have been bright spots in this unit. Watt leads the AFC with 12.5 sacks, and he’s at the top of the conference with 27 quarterback hits and five forced fumbles. Fitzpatrick, who the Steelers traded for in early September, has 54 total tackles and five interceptions, tied for the most in the NFL.

Despite the strong performances from Fitzpatrick and Watt, it’s been a group effort on defense. Without their staunch defense, the Steelers likely wouldn’t be in playoff conversation at all.

Pittsburgh’s playoff hopes remain alive, despite its slow start at the beginning of the season.

The Steelers will be looking to avoid the same letdown they suffered last December. At this time a year ago, Pittsburgh was 7-4-1, but the Steelers lost to the Raiders and Saints to finish 9-6-1 and get left out of the postseason.

Right now, the biggest threat to Pittsburgh’s playoff hopes is a surging Titans team. Tennessee has gone 5-1 over the last six weeks, and is also 7-5. The good news for the Steelers is that they currently hold the conference record tiebreaker by a game. The bad news is the Titans can make up that difference next week by beating the Raiders in an AFC matchup (the Steelers play an NFC opponent, the Cardinals).

It’s not just the Titans the Steelers have to fend off, either. The Colts and Raiders are close behind, too. Here’s a look at the current AFC playoff standings:

The Steelers have games remaining against the Cardinals, Bills, Jets, and Ravens. While Pittsburgh probably won’t pass Baltimore in the AFC North, if it can win just two of those games, that would get the team to nine wins and might be enough for a wild card slot.

The Steelers have a much easier road than Tennessee, which has games remaining against the Raiders, Texans, Saints, and Texans again. The Colts and Raiders might be able to sneak in as well, though the Steelers have a 26-24 win over Indianapolis from Week 9 that could help them there.

The league’s divisions are pretty top-heavy this season, with four 10-2 teams in the playoff mix already. Pittsburgh might not be a complete enough team to create some chaos in the postseason, but then again, this year could be ripe for unpredictable results.

No matter what, the Steelers rallying to reach playoff contention after a 1-4 start was unexpected, and you have to tip your cap to Tomlin and his team for the resilience they’ve shown this season.