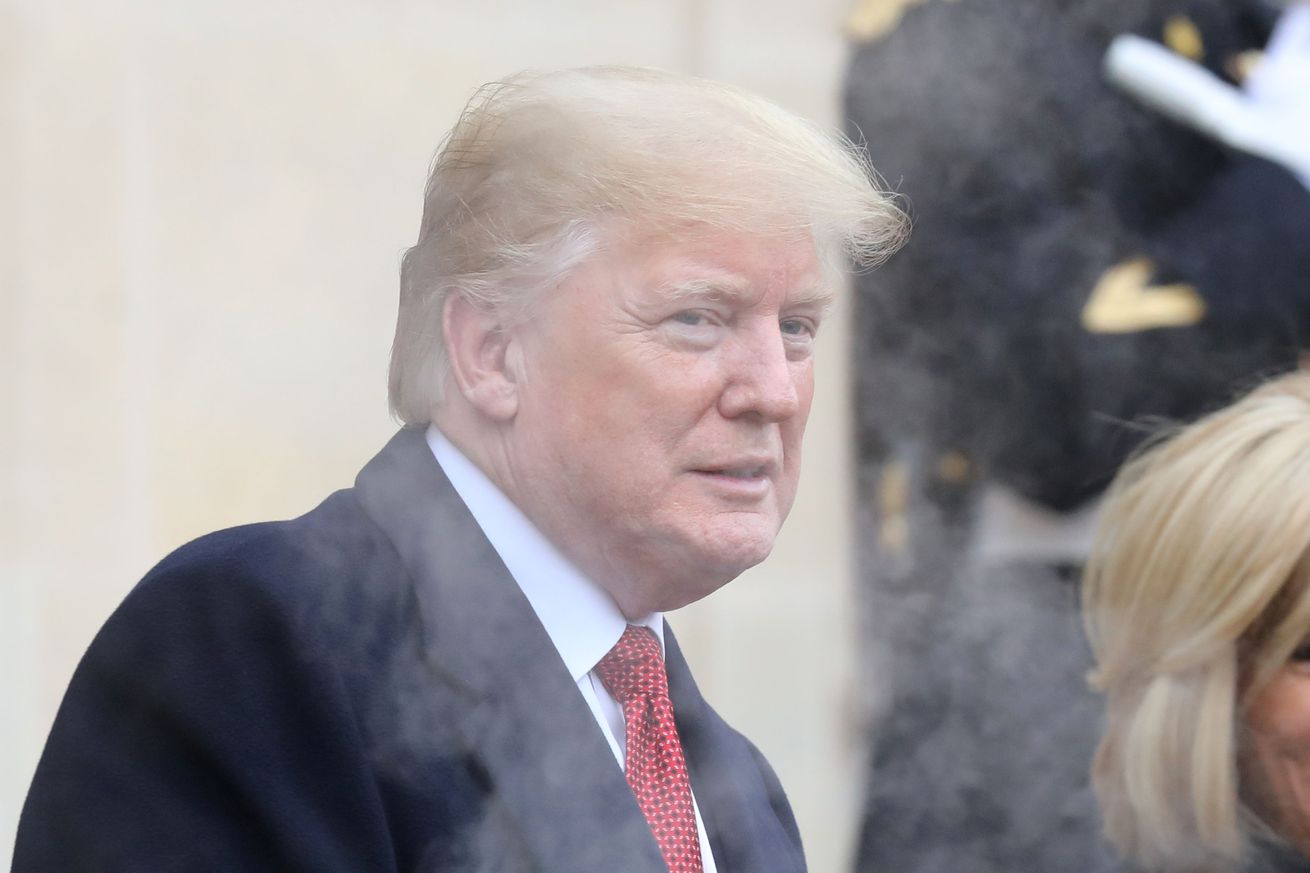 President Trump’s administration has fought to roll back Obama-era vehicle emissions standards since his inauguration, and a final version of the looser rules is expected to be revealed later this summer. But since the rollback faces a number of obstacles — likely including a long, drawn-out battle in the court system that could ultimately kneecap the effort — the administration has found another way to discourage automakers from increasing the fuel efficiency of their vehicles: lower the fines for missing the targets.

News dropped late Friday night that Trump wants the fines to revert back so that automakers only pay $5.50 for every tenth of a mile per gallon of fuel above federal standards that new cars consume — a price set in 1997, and one that is just $0.50 above the original $5 rate set in the 1970s. Under President Obama, the National Highway Traffic Safety Administration wrote a new rule that increased the rate to $14 for every tenth of a mile per gallon above the standards, in order to adjust for inflation.

Trump tried to delay that $14 rule from being implemented in 2017, but was sued by the Natural Resources Defense Council, the Sierra Club, the Center for Biological Diversity, and a number of states, including California and New York. The administration eventually lost that lawsuit and was ordered to implement the increased fines. In the wake of that loss, though, the administration set out to rewrite the rule altogether. It issued the final rule on Friday evening, which was praised by auto industry lobbying groups.

It’s an obvious hedge against the larger emissions rollback, which is still in process. At Trump’s direction, the Environmental Protection Agency and the NHTSA has spent the last two years trying to roll back fuel efficiency standards set during the Obama administration. The Obama-era standards, which automakers agreed to in 2009, would increase the fuel efficiency of new car fleets each year all the way out to 2025. The increase in efficiency would cut CO2 emissions by hundreds of millions of metric tons, and reduce oil consumption by more than 1 billion barrels.

Trump wants to freeze the standards at the 2020 level, removing something like half of those benefits. A final version of the rule, co-written by the EPA and the NHTSA, will be released this summer. The gist of it, though, is that the administration believes higher standards will increase costs, therefore leading consumers to buy or keep older cars, which are less safe. Yes, the administration wants to make new cars dirtier because it believes they’ll be safer, at least as far as crashes go. Here’s why that logic is flawed.

The rollback attempt has been fraught so far, especially when considering the involvement of former EPA administrator Scott Pruitt. Pruitt helped pioneer it, and used old data and industry talking points to justify the move when he announced the proposal. Pruitt also likely lied to Congress about the progress that was made made to reach a deal with California on the standards. And Pruitt has since resigned from leading the EPA following a raft of scandals.

The administration has also been sued by a number of states, led by California, who want to keep the Obama-era standards in place. Even automakers no longer want a full rollback and are lobbying Trump for a compromise.

On top of all this, the final rule is likely to face a years-long battle in the courts — a venue where the Trump administration’s various efforts have faced loss after loss. But even if the administration prevails in the rollback, California still has the ability to set its own stringent emissions standards, ones that many states — and even now Canada — follow. There are a number of ways the administration’s efforts could wind up wasted.

Perhaps in anticipation of these obstacles, the president seems to have found a contingency plan. Automakers might still be held to a higher standard when it comes to how much CO2 their vehicles emit when all is said and done with the rollback. But even if they are, the cost of blowing past those targets is now a lot less.