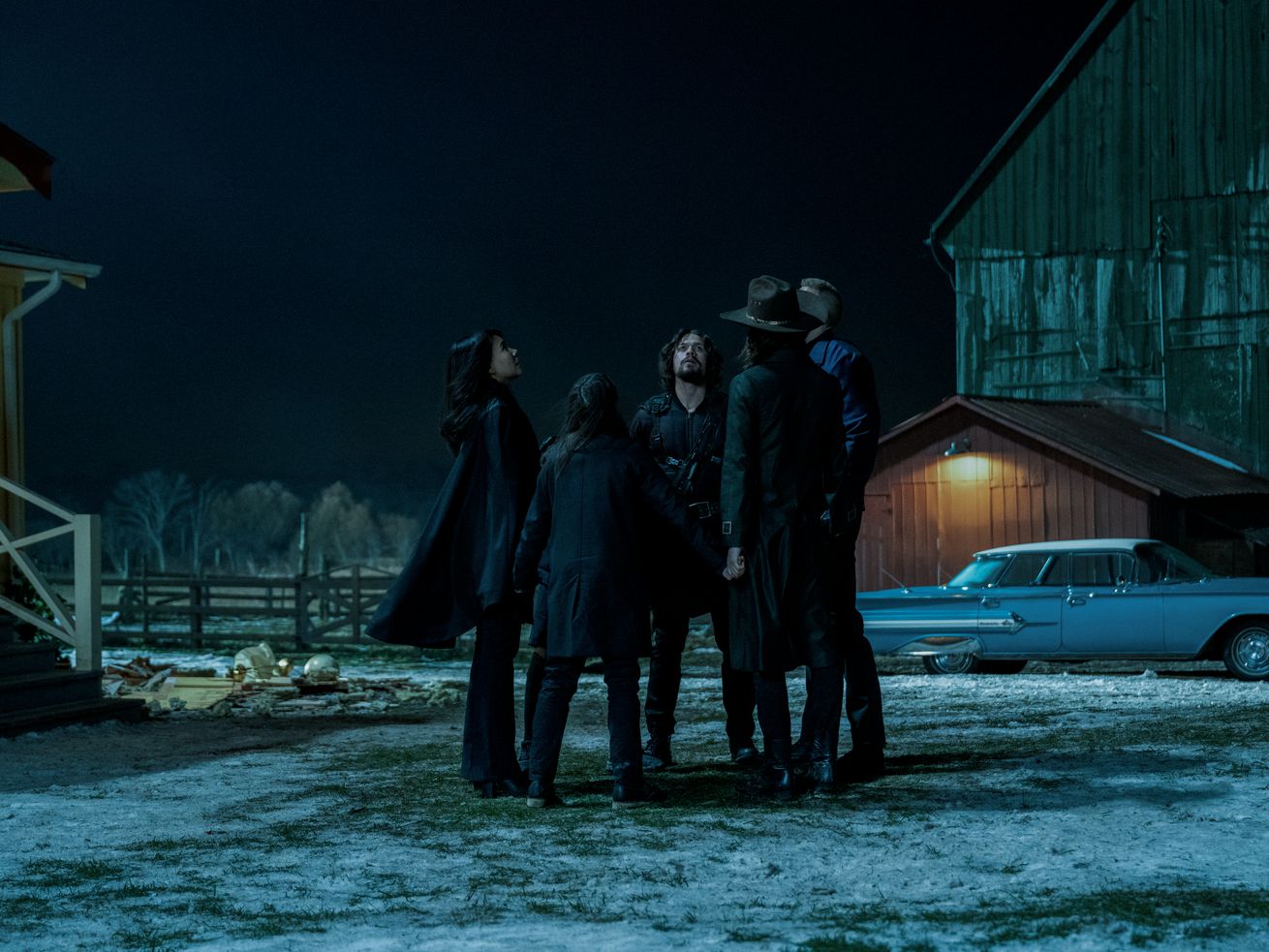 Wait, what happened at end of Umbrella Academy’s second season?

Spoiler alert: This article deals with the ending of Umbrella Academy’s second season.

The only thing predictable about The Umbrella Academy is its unpredictability. Its first and its newly released second season each left us with more questions than answers, unraveling mysteries and motives; just when we think we get a handle on everything thrown at us, the show leaves us with a cliffhanger.

Season one gave us that memorable time warp, and season two has a big twist up its sleeve as well.

The second season finale pits the Hargreeves kids, after reuniting with each other, against the Handler and her army of associates. The Handler is the only thing standing between them and avoiding the apocalypse. The final battle is also the last thing they need to take care of before possibly returning to their original timeline. And even then, the Hargreeveses don’t even know what that timeline looks like.

Here’s what happens at the ending of Umbrella Academy’s second season, and the topsy-turvy twists.

There may be more superhumans like the Hargreeves kids

In the season finale, the Hargreeveses take on the Handler (Kate Walsh) and Lila (Ritu Arya) in what should have been a one-sided affair. That’s until Lila displays powers of her own. She absorbs Vanya’s energy blast, blink-fights just like Five, and rumors Allison into holding her breath. After seeing Lila’s powers in action, the Hargreeveses finally figure it when they ask her what day she was born.

They find out that Lila shares the same birthday as the rest of the clan.

Despite their separate mothers showing no signs of pregnancy, the Hargreeves children were born on October 1, 1989. Reginald Hargreeves sought them out and adopted them. But in addition to these seven children, 36 other women had births that day under the same circumstances. And it seems, because of her powers, Lila was one of them and that’s the reason the Handler adopted her and had her parents killed.

Lila time-travels before the siblings can hash it all out, but the mystery is still there: If Lila exists, exactly how many other superpowered people are around? Maybe as many as 36. And further, Lila and the Hargreeveses trained extensively — if these superhumans don’t have that kind of training, then do their powers put them and the world in danger?

There’s no clear answer, but it seems like future seasons of the show could explore these possibilities.

When the Hargreeveses defeat the Handler and JFK dies, it seems like the timeline is reset and the apocalypse is averted. They then time-travel back to their own timeline and zap to April 2, 2019, the day after the apocalypse they have now avoided. Everything looks normal, but they start to notice a few things awry — including their father, who’s acting a bit strange, and a painting of their dead brother Ben.

As they’re trying to figure out what’s happening, a very much alive Ben (with bangs!) comes down the staircase flanked by a group of shadowed individuals who very closely resemble the Hargreeveses. Reginald tells his kids they’re at “the Sparrow Academy.”

It seems as though the Hargreeves kids’ actions in 1963 — preventing the apocalypse while allowing JFK to die, saving people who were not saved in their original timeline, sent ripple effects throughout their own timeline. These actions also include meeting and confronting their dad. And now, in this altered timeline, their dad has raised a new superhero team: the Sparrow Academy.

While we can draw a few conclusions about the team, like that they’re superpowered and Ben looks to be young (which would make these team members younger than the Hargreeves kids, since they’re all born on the same day too), the Sparrow Academy has actually barely been introduced in the source comic book. Their arc, the fourth volume of the comic book, is still being written and doesn’t yet have an end date. But it sure does seem that with the Sparrow Academy, combined with the Lila reveal, the series will be showing us what happened to some of the 36 others born the same fateful day as the Hargreeves kids.

Every day at Vox, we aim to answer your most important questions and provide you, and our audience around the world, with information that has the power to save lives. Our mission has never been more vital than it is in this moment: to empower you through understanding. Vox’s work is reaching more people than ever, but our distinctive brand of explanatory journalism takes resources — particularly during a pandemic and an economic downturn. Your financial contribution will not constitute a donation, but it will enable our staff to continue to offer free articles, videos, and podcasts at the quality and volume that this moment requires. Please consider making a contribution to Vox today.